If your life changes when a baby arrives, how much more does it change when its twins. New parents will often share with friends and family the woes and the highlights of parent, but stand-up comedian Sam Avery decided to write a blog, and then a book, and now a show about what it is like living with toddlers for the first time.

The tone of the show is set by the introduction, an Attenborough-esque voice over regarding the habits of the adult human interacting with its young and how all the trials and tribulations associated with feeding, defecating, and behaviour control are balanced out by the unexpected joys of bedtime cuddle and the pronouncing of a new word.

Sam Avery knows his audience! A quick survey revealed that most had one or two children, some had three, a few had four, and one brave soul had five. 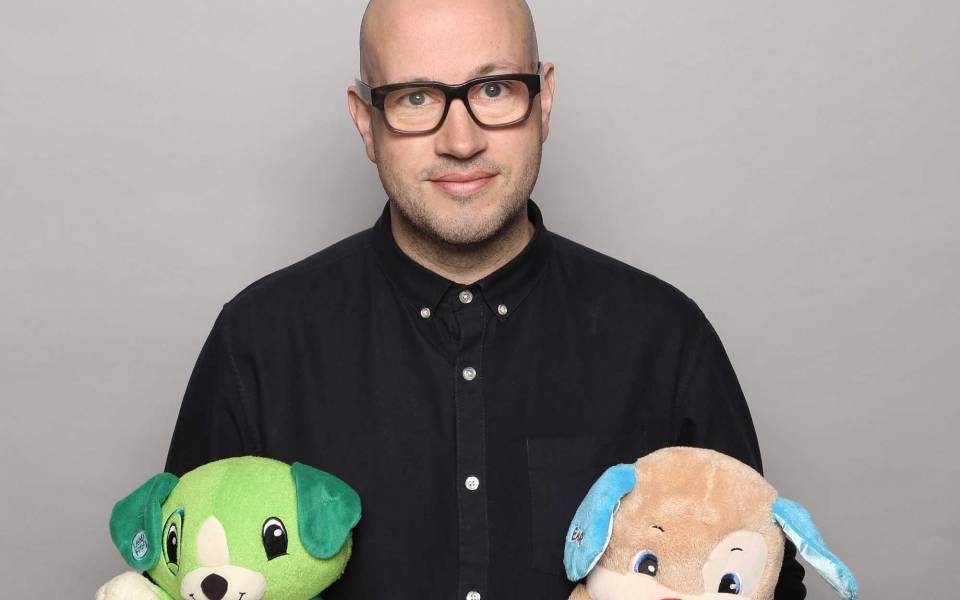 So, all the events and scenarios he relates would be familiar to most of the people who’d managed to organise baby sitters and drag themselves out of the house on a Thursday night for the brief respite from toddler tyranny. Avery’s success lies in his ability to take a brutally honest and slightly dark view of the same events, but related with charm and humour and tempered by an obvious love for his twin boys.

Thus, we go through nappy changing, potty training, the effect of parenting on the couple’s sex life, smug parents with their banal phrases, the problems of disciplining toddlers who don’t recognise that the adult is meant to be in charge, tantrums, and play park politics of who is meant to be pushing the roundabout.

Similar to his blog, Avery also presents events from the toddler’s point of view, giving them an adult voice to present their perspective. The incongruity between the infantile nature of the events described and the adult language works well. The minutely observed section on tantrums will be appreciated by anyone who has stood dumbfounded in front of a toddler meltdown from what seems to adults to be the most trivial of reasons.

So don’t expect revelations or remarkable insights, but do expect familiar events recounted with a twist, and enjoy your evening of freedom. It’s well worth the babysitter!