Former Yorkshire Post theatre critic Nick Ahad is such a busy man writing plays and being a local radio presenter you almost expect him to be pulling pints behind the bar.

Tonight he is showcasing the latest string to his bow as a stand-up comedian, which is most definitely outside his considerable comfort zone, and on the whole he manages to pull it off.

Modern stand-up stand ups tend to fall into two camps. One is tiresome white, middle class blokes banging on about how their girlfriends doesn’t understand them, or there was no organic soya milk for their hand brewed coffee. Then there is the more political and confessional longer form sets where Mark Thomas is the undisputed king. Ahad is firmly in the latter camp. 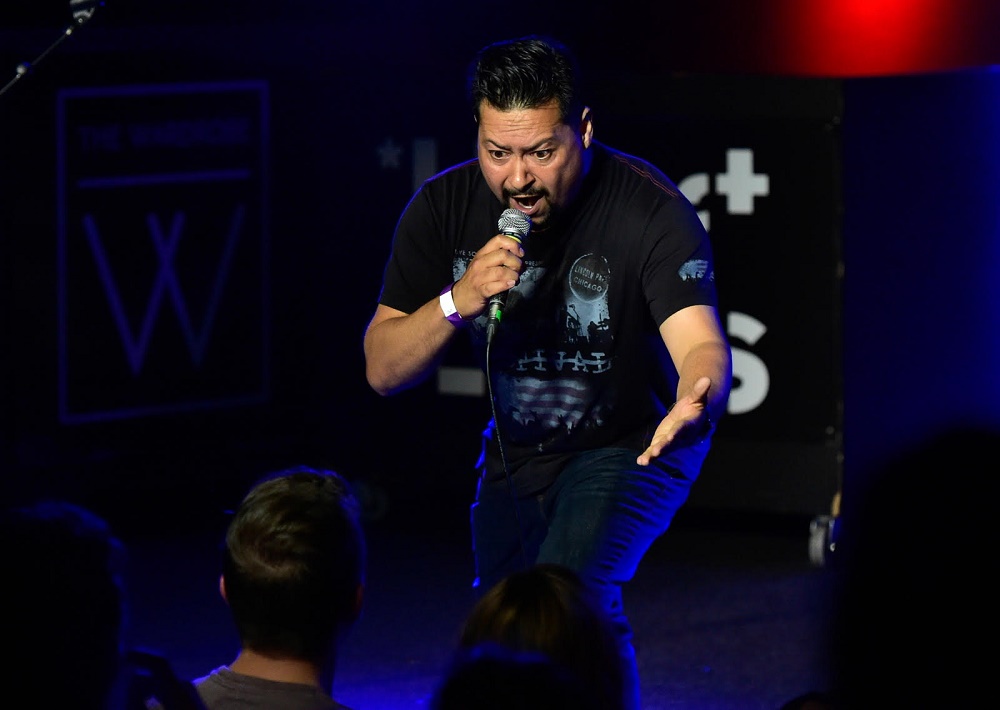 Ahad is in this very intimate upstairs bar to preview his new one hour show provocatively titled ‘Jade Goody Is…Was Massive Weapon’ before he takes it off to Leicester Comedy Festival. On one level he examining what role the late reality star played in our poisonous national discourse, but in reality he exorcising some of his own ghosts.

This is a show that Ahad first started thinking about a decade ago, but along the way he has been distracted by other things, and that gap has actually been helpful to him. He has used that time and his long experience as a journalist to craft a narrative, complete with some very amusing slides, that hangs together until a slightly messy ending.

Ahad honestly, and often amusingly, explores his own experiences as the working class child of a Bangladeshi dad and white English mum. The racism he has endured is shocking, but what is far more interesting is a sense of him feeling that his background means he never really fits in anywhere.

But this supposed to be a comedy show and are plenty of laughs along the way as Ahad can time a gag, and has that glint in his eye that always makes for an edge of danger. Particularly funny are his misadventures as a junior reporter on a provincial paper where his was the only ‘brown face for 50 miles’. He also got plenty of laughs for his Alan Partridge moments on the radio.

As you might expect from a trained storyteller and decent playwright there is a smart twist in the tale that just about brings all the threads together.

Whilst this was a preview there is much that is powerful, pertinent and personal, and with some fine tuning and a touch less ranting would merit four stars. Ahad is mulling over taking this to the Edinburgh Festival and he should as much more established comics have taken far interior material north of the border.