Following a month residency with the Imperial College Healthcare Trust, a series of interviews with people who either work or have been involved in the developments of the NHS and an in-depth discussion with his own GP, Mark Thomas has carved this fast-paced, behind-the-scenes account of the state of the 70 year old NHS.

The backdrop was rolling footage of the front of Lisson Grove Health Centre, with the caption ‘View from the rehearsal room window’ along the bottom. It showed the day-to-day comings and goings of various people to an NHS health centre, capturing a wide range of people accessing the services and the monotony of an average day in London. A medical curtain and medical trolley complete with hand sanitiser completed a modest set.

As the lights dimmed and the sounds of sirens rang out, the 1948 advert telling the nation to expect a leaflet about the NHS, played on the screen. ‘It’s coming…It’s on the way.’ Mark Thomas appeared on stage to inform us of how his mother had remembered that very advert. He goes on to say how his gran had a cup in the house where they’d put away a penny each week to pay the doctor whenever one of the kids were ill. That stark sentence shows how far we’ve come, but also set the tone for the warnings that lay ahead. 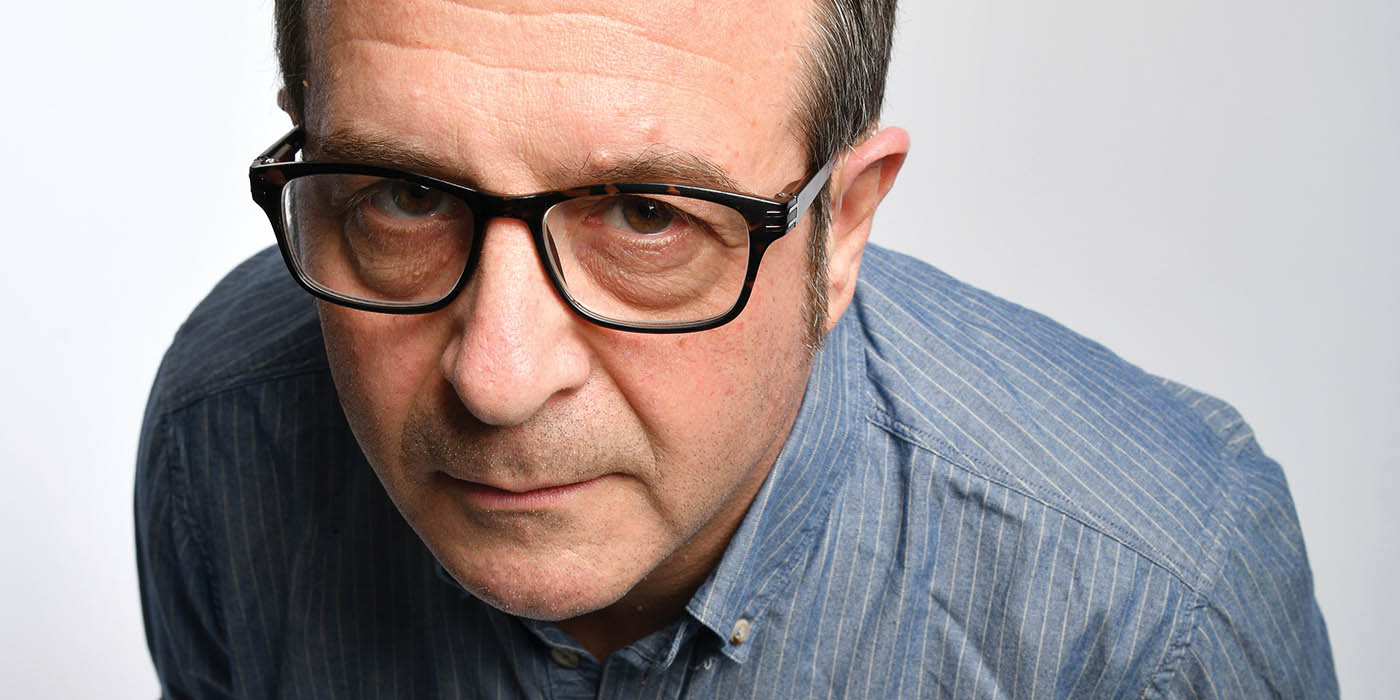 Thomas delivers his lines full of enthusiasm, gesturing and clicking his fingers to emphasise key points and proclaims that at the time of its conception, the NHS was based on three pertinent principles; that the NHS was universal, it was comprehensive and perhaps, more importantly it was free – paid for by taxes.

Anyone who is familiar with Thomas’ work knows to expect a social commentary littered with humorous anecdotes and this show didn’t disappoint. Throughout the evening he re-enacts a discussion with his GP about the possible health complications he can expect as he ages. He recounts several experiences of shadowing the work of various health professionals and punctuates this with tales of interviews he has conducted with a number of strategic figures who have an interest in the development of the NHS, such as Sir Michael Marmot, who laid out that a lot of health inequalities are down to class.

It may all sound rather dry for a night at the theatre, but the audience were extremely receptive and sympathetic to the difficulties Thomas described. When recalling an evening spent in an A&E trauma unit, Thomas’ rapid delivery of lines and energetic pacing of the stage mirrored the frantic environment one could expect to be seen on any night in NHS departments up and down the country. He fused tragic circumstances with comedy brilliance and had the audience gasping and laughing in equal measures.

This show is a celebration of the NHS. Thomas highlights the miracles that take place daily within hospitals every day. He pays testament to the people who work for the NHS including an Irish Dementia nurse who took part in a fundraiser to buy soft toys for her patients. The underlying message of these stories wasn’t just to highlight the brilliance of the NHS personnel, but to also shine a light on problems such as; privatisation, lack of funding, the poor positioning of England in a table of nations documenting cancer treatment successes and a crisis in social care which inevitably has a knock on effect on the NHS.

Thomas harnesses an environment which allows celebration, reflection and gratitude but also gives enough motivation to make you question if you as a consumer of theatre are doing all you can to safeguard the NHS – our NHS. This is a brilliant account of an historic and treasured institution which continues touring to Sheffield, Wakefield and an extended run at Battersea Arts Centre. Go and see it.