Stephen K Amos took to the stage in the Quays Theatre tonight for another hilariously funny show. Influenced by the great Richard Pryor, Stephen has been on the comedy circuit for many years now making his Edinburgh Festival debut in 2001. With the exception of 2002 he has played there every year since and is now one of the country’s leading comedians.

For this latest tour Stephen has invited the very talented Peter Brush to join him on the road as his warm up act. Peter who was a finalist in the 2013 BBC New Comedy Awards, supported Stephen with a mirth filled 20 minute slot. He is a very distinct character who plods on to the stage as if he shouldn't be there. Only to immediately put the audience at their ease and have them laughing along with his dry humour. Peter would be well worth going to see without a lead performer and sure to be headlining his own tour in the near future. 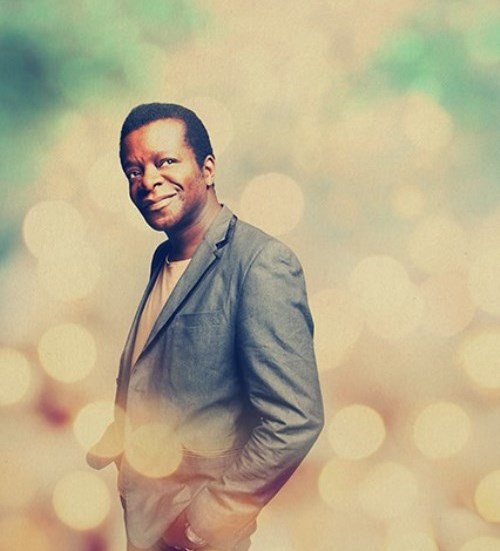 After an interval to top up your glasses Stephen entered the stage to provide an evening of jokes and hilarious anecdotes. Interacting fantastically with numerous members of the audience, sitting on the front few rows is never safe at an Amos gig and tonight was no exception. Initially picking on a couple of people wearing their coats only to have it thrown back at him later when he asked for a beer as it was hot on stage. There was a sense of revenge in the air when one of the people he had joked with told him to take his jacket off! The audience along with Stephen fell about laughing with a huge round of applause. Stephen retorted "That's the best heckle ever"

So engrossed in his story telling Stephen found himself over-running and when he asked his tour manger if he could carry on as the audience wanted more the manager was powerless to resist, and so he carried treating The Lowry to a longer set than they would normally have expected.

At the end of the show Stephen managed to get round to the foyer of the theatre before most of the audience had left their seats to sell merchandise and meet the audience, something that was appreciated by the huge crowd that had gathered to see this Stephen once again. This is the second time in as many years I have seen Stephen at The Lowry and as last time he proved he is one of the best in the business, and for one I can’t wait for his next visit to Salford.