Tonight I laughed more than I have laughed in many years! And I also learnt some things too.

Unusually Mark was his own warm up act. He started with a very amiable style and a huge warning about profanity and swearing, encouraging sensitive audience members to leave - no-one did. Throughout the evening this erudite comedian and “Domestic Extremist” encouraged us to become more active in fighting for basic human rights and protesting against injustices.

The first half involved him asking the audience to randomly select numbers from his book “100 Acts of Minor Dissent” (available from www.markthomasinfo.co.uk). Mark had given himself one year to commit 100 Acts of Minor Dissent – from 14 May 2013 to 13 May 2014– if he failed he pledged to donate £1,000 to UKIP as his forfeit. If he was successful he would stage an art exhibition of the show. He successfully achieved 104 acts and had put on the show.

We heard about: his fight to get John Lewis to pay the living wage; his act of thought treason; Book Heckling; an antidote to junk mail - roofing tiles; and that cress, is the Isis of the planting world! He also stated that when “the revolution” comes it will start on a crowded station platform and that estate agents would go first! This act perfectly set the scene of who Mark Thomas is, for anyone who didn’t know, which wasn’t many. He definitely has a loyal following and laughter and applause carried us to the interval and on to the second half.

In the second act, Mark introduced the title “Trespass” and talked about the how places are linked to our identity. For Mark this is South London, he is a lover of the city.

“I don’t not like the countryside, I just don’t trust it.”

He talked about how he is falling out of love with London due to its gentrification and how he is fighting back; through walking.

He then regaled us with the tale of three walks around the capital, his acts of protest and Revolutionary Cake!

“We are in communities all the time, we just don’t realise it.”

Mark inspires communities to take pride in who and where they are. He encourages us to get involve in acts of trespass.

“As the city gets taken over by money we need to take more walks!”

The final part, of the second half, involved the highlighting the growing use of Public Space Protection Orders (PSPO) by city councils across the country. Mark has been fighting defying them, having many successes, getting councils to reverse or remove sanctions. 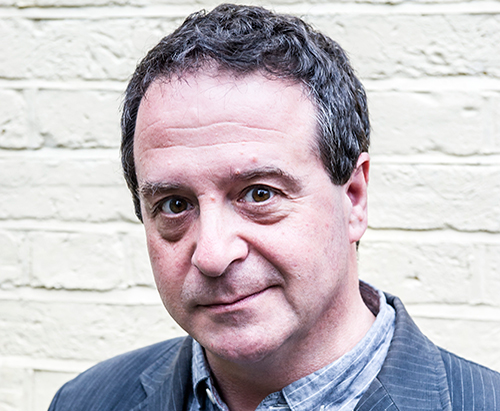 This brought us to our host city, Salford. Recently Salford Council has banned swearing at Salford Quays. Prior to the show, Mark wrote to the council talking about this very show and asking for clarification as to which words constituted as swearing. There then followed a 6 pages recital of swear words, many of which I’d not even heard before and none of which I can write in this review! The thing was, this assault of profanity was incredibly funny - I cried with laughter - we had been warned.

This was a great place to end a show, but in typical Mark Thomas style we were encouraged to become active. In the interval we’d all been encourage to get a badge, with the slogan “F*** the swearing ban”, and to wear it in defiance as we left the theatre to congregate outside. We were then asked to join in some law breaking by singing, in the round, a song that contained many swear words. But there was a swear box, the money donated was to become a fund to help anyone whom the council tried to prosecute in relation to their PSPO.

I can’t remember who said it, but good comedy opens the mouths of an audience with laughter and then pops in a pill of truth and awareness. This sums up the wonderfully sweary Mark Thomas. A fantastic and thoughtful evening of comedy and insight. 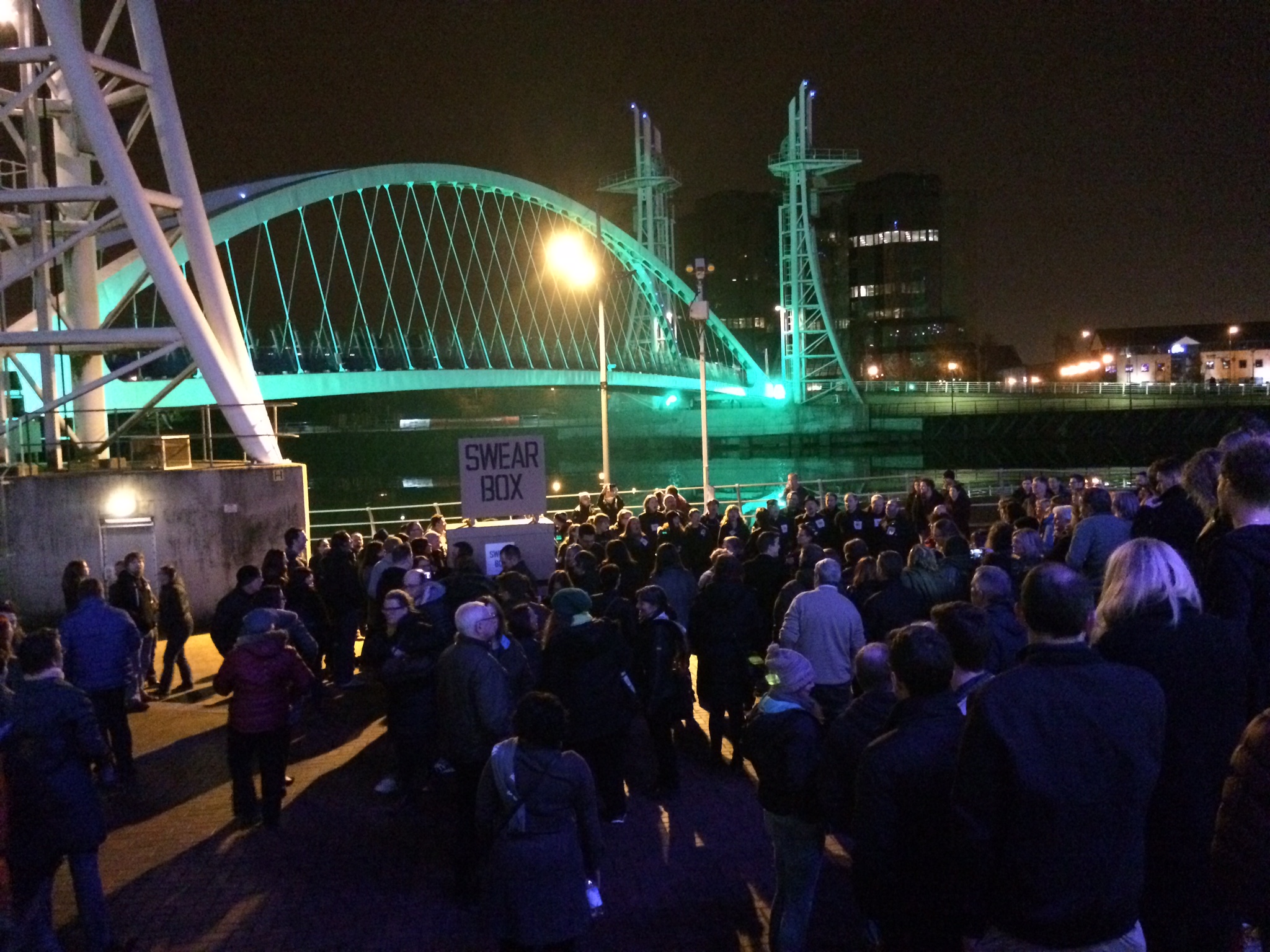