Rory McGrath Remembers (...Or Is It Forgets?) - The Lowry, Salford

As the title suggests, and as he himself told us he was going to do, this was a short history of his life with anecdotes thrown in along the way, or as he put it, his life in twenty songs from his birth to his death. Sadly, the truth was that that was all only partially correct.

Dressed and looking identical to his publicity shot on the flier, Mr. McGrath indeed give us some little information about his life. His parents were from St. Helens, he is the youngest of three sons, he was born in Cornwall and now lives in Cambridge, and he went to an all boys Catholic school. If you were looking for more insights into his personal life, then he wasn't giving them away this evening. As for his public life, then he spoke a little about 'They Think It's All Over' and 'Three Men And A Boat' but the problem with comedy performers telling anecdotes is that the veracity of the anecdote cannot be measured. He wouldn't be telling you this if it didn't have comedy value, or he hadn't manipulated the truth to make comedy value from it.

The anecdotes were a little thin on the ground too, sadly. What this evening actually amounted to was watching a comedian and comedy writer who is passed his prime, standing on stage rambling, digressing, referring to notes written on the stage floor to try and keep him on track (he had to borrow a pair of glasses from an audience member to even read these!), and instead of the very ambitious 20 songs, we had 6. None of which had anything to with his life either privately or publicly. They were just comedy songs that he had written.

There was quite a bit of swearing in the show too. He talked at length about the sexual act and a lot of his material was sex-centric; even miming certain vulgar actions. The F-word featured quite a lot and two of the evenings punch-lines involved the C-word. (For which he did make some coy apology for, in order to make sure he didn't offend)

He performed two 45 minute sets with a 15 minute break between, and was indeed an amiable, friendly, personable performer. Very relaxed (maybe too much so), and it was almost as if we were sitting with him in his front room at home. However, this approach came across as very under-prepared, and as such his show title was indeed very apt. 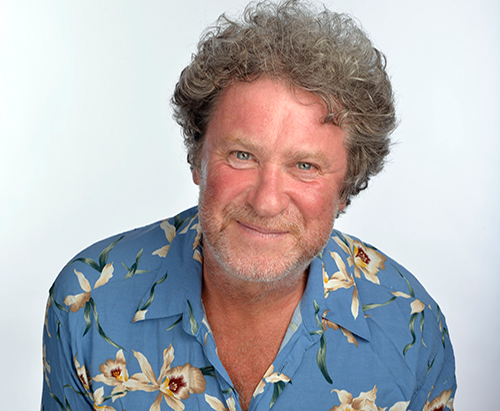 In his long career he has accomplished many things and is a well-known personality. He is witty and intelligent, that much was clear; and so why he could not hit the mark last night I really don't know. We wanted to be told more about his life (either private or public) but instead we were given very lame comedy routines about The Bible, marriage, Twitter, and others. To be honest I think he enjoyed the evening more than we did. Several left at the interval, and the Lowry's Studio Theatre was only half full to start with. He received a very lukewarm reception from the audience. There was no real loud laughs at any point, and a polite applause at the end. Such a huge shame.

All the way through he would check with the audience what their knowledge, experience, profession, religion etc was... I think as a way of monitoring which jokes he could safely get away with... but this was a somewhat wearisome idea. We were bored very quickly and sadly he did nothing to relieve us from our boredom - at least not in the first half. The second half started with a short monologue which was the first piece of writing that McGrath had been paid for, and was actually quite amusing, and his funniest material came right at the end when he announced some humorous one-liners that he had posted on Twitter.

Once he had dome that he sang his final song (song number 6) in which he simply asked us all too kindly go home since he had now run out of jokes, and after the third false ending of this song, it was finally over.

Throughout the evening and especially at the end he kept thanking us for being such a warm and appreciative audience; allowing him to be self-indulgent; and how Northern people are so much friendlier than southerners. I am uncertain whether or not he actually believed that we had been a great and fantastic audience or not, but if he did, then he must have had some really tough crowds previously!

This was a show I was really looking forward to, and it turned out to be a huge disappointment. Sorry Mr McGrath.