Well, the evening has come where I find myself taking on the brave task in the entertainment business of reviewing the one and only Ken Dodd. We've all heard the stories, everyone I have spoken to have said I'll be seeing in Sunday morning watching him, surely no comedian can perform into the small hours. I didn't know what to expect as the show started, this is a man who has been working as an entertainer for 57 years and at the grand age of 88, I could only wonder whether he really is as good as I've heard.

As he strides in to the beautiful Art Deco Stockport plaza stage; banging a drum as he makes his way to the centre of the stage to begin the endurance challenge in entertainment, he looked like he was definitely up for the challenge.

Dodd’s style of humour is proper old fashioned humour and at times I do feel lost in a time long gone by, as I am only in my 20s, I'm playing catch up a lot of the time with the modern day references that are used which are very outdated but the audience loves it and we're all lost in the past. 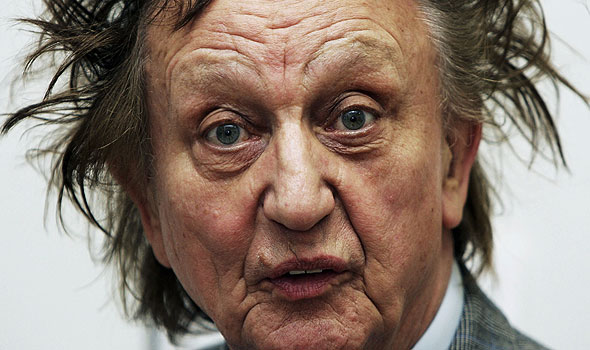 Dodd holds the audience very well and he is a born entertainer, and he seems happiest when he's on stage, maybe that's why he's always touring; The Happiness Show, to fulfil not just his audiences happiness but also his own. I found that the best laughs of the night came from Audience participation and his off the cuff remarks rather than the long winding set-up jokes, the beauty of the Ken Dodd 'Happiness Show' is that you are guaranteed a laugh because there is just so many jokes, the probability is very high that one of them you are going to have a right giggle.

The show does take a variety form, with musical acts and a variety act wedged in between Ken's turns, they include banjo players, songs, recorder music and a magician. At times the musical section of the show felt a bit amateur and something you would watch in a working men's club and isn't really necessary, the magician was entertaining even if it wasn't what you Necessarily booked to see, Dodd on his own is more than enough to be honest, with enough costume changes to rival a teenage pop group.

His loyal fans who have followed his career from the start are practically finishing the jokes for him, with most of the audience seeing him before, sometimes more than once. This is my first 'Happiness show' experience and it's a mixed experience; there are times when I'm laughing out loud, times when I'm cringing at an 88 year old talking about sex or times when I'm just lost in the sheer volume of material thrown at me.

In my personal opinion, I think everyone should see Ken Dodd live at least once, he's a national treasure and should surely be Sir Ken by now. Even if it's not your kind of humour, everyone can appreciate Dodd's silly loveable personality, casing point was when asked about the EU referendum whether he was in or out? Dodd replied 'no, I'm gonna shake it all about'. As the show finished, in the early hours, I still couldn't believe how anyone could perform for that long, over 5 hours. There's only one Ken Dodd and you must see him live in your lifetime!