As You Like It - Theatre By The Lake, Keswick

Shakespeare is like Marmite – it divides a room up into two sets of people; those who were taught the play as a text for an exam and those who were given the opportunity to discover the plays before pass marks were an issue, however Theatre By The Lake’s production this season can and will change all that.

I was very fortunate to have been introduced to Shakespeare in primary school with a team of actors from Shakespear4Kids who spent a day helping us to interpreted and understand the play through an acting workshop before taking us to a performance. My Dad can quote huge sections for his A-level text, yet with no passion or love for the bard.

Though I like Shakespeare I hadn’t expected to be so entertained and captivated by this production as I was. The use of dance, music and lighting effects was a total theatrical experience that I have to put higher that seeing a performance at the Globe. 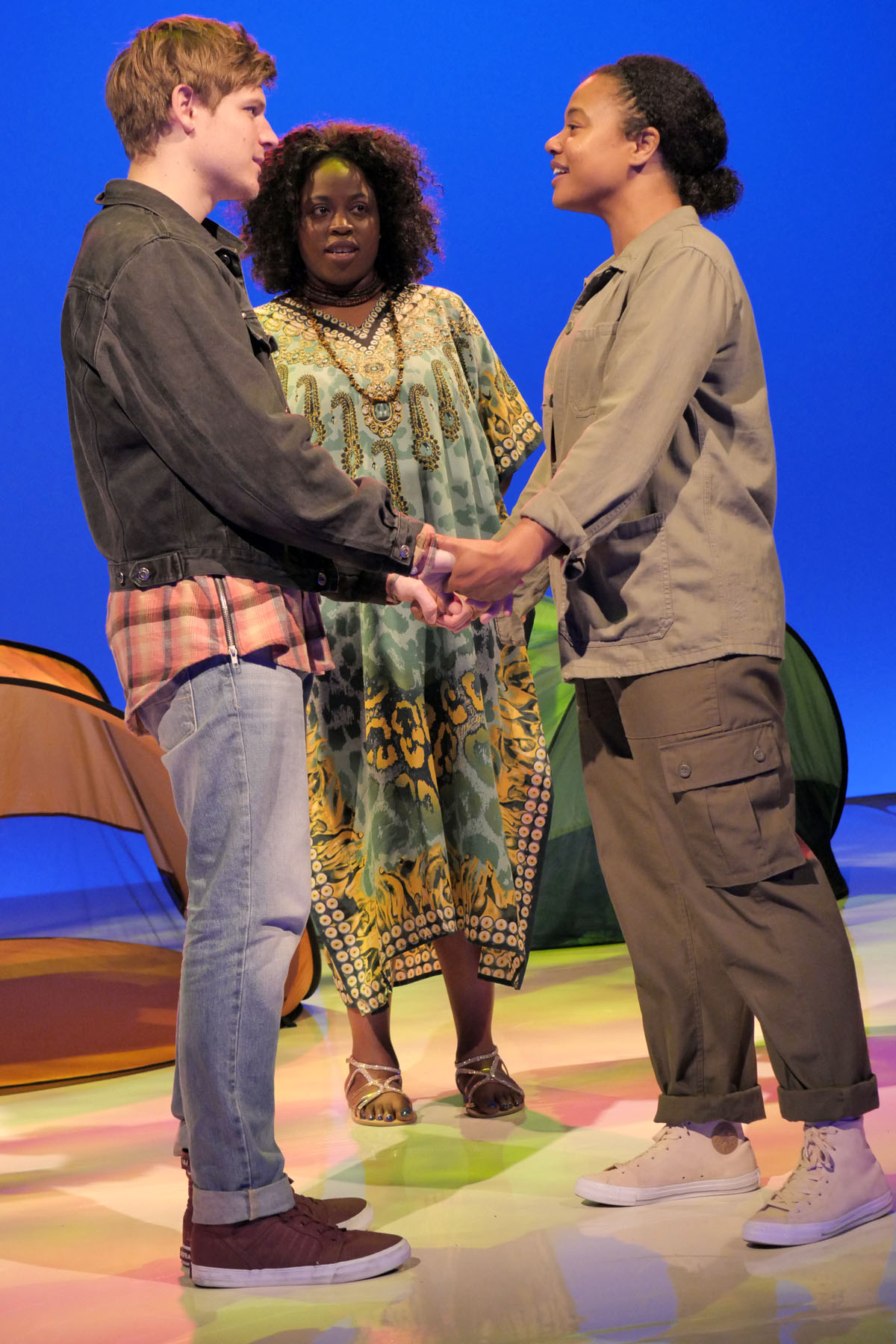 I loved the modern interpretation of the play. I loved the fact that the Forest of Arden was like a festival, an I laughed out loud at the bard’s comic lines.

I was humming the music of Richard Hammarton’s all the way home, like a happy earworm I welcomed as it kept the spirit of the play alive in me long after we left the theatre.

Jessica Hayles and Layo-Christina Akinlude as the cousins Rosalind and Celia had a great chemistry onstage, as did Nathan Hamilton and Matthew Darcy as the Orlando and Oliver as the feuding brothers at the centre of this tale.

Josie Dunn’s woodwind playing was brilliant, and she was perfectly cast as Phebe, who eventually falls in love with her shepherd.

I loved the simplicity of the opening set – a boardroom table, coffee machine and water cooler. And when the oppressive walls of the room were pushed back to reveal the forest beyond the extremes of set design had a real impact on the atmosphere within the room. The forest presented space to be free, enjoy life and all it has to give.

Special mention should also go to Alex Parry in his fistful of roles: Duke Frederick, Duke Senior, his brother, Corin and local farmer – from terrifying dictator to caring father, guitarist to dancer, great performances all around.

The spin doctoring and jesting from Matthew Mellalieu were captivating while Richard Keightley was the perfect angry young man as Le Beau, and too realistic a press officer and Culture Secretary.

As You Like It at Theatre by the Lake is a great night out, and does not require anyone to read up on the plotline before they go along. Just sit back and be swept away with this all-consuming production.

As You Like It by William Shakespeare runs in The Main House, Theatre by the Lake until November 4th, 2017. For more details or to book seats visit www.theatrebythelake.com