The Ladykillers - Theatre By The Lake, Keswick

When you take on a classic British comedy the benchmark is high, and when it's an Ealing Studios, black and white cinema gold you are taking to the stage how do you add value? Asks Karen Morley-Chesworth. The answer is onstage this season at Theatre by the Lake. The Ladykillers stage script has been written by film critic and writer of such contemporary comedy gems as 'Father Ted' and 'The IT Crowd', Graham Linehan.

The script doesn't take liberties with the original 1955 film starring Alec Guinness, but it does add sophistication to the more innocent original and gives a pace of delivery that drives the production along like the steam trains that pass the old ladies home.

The staging of this production is excellent - the use of white flashing lights into the audience and the design of the set that draws you into a subsiding post-war home like a fairground funhouse creates the atmosphere and authenticity of the original black and white movie.

With the perfect comic scripts, set and staging, comes the brilliant casting of this production. 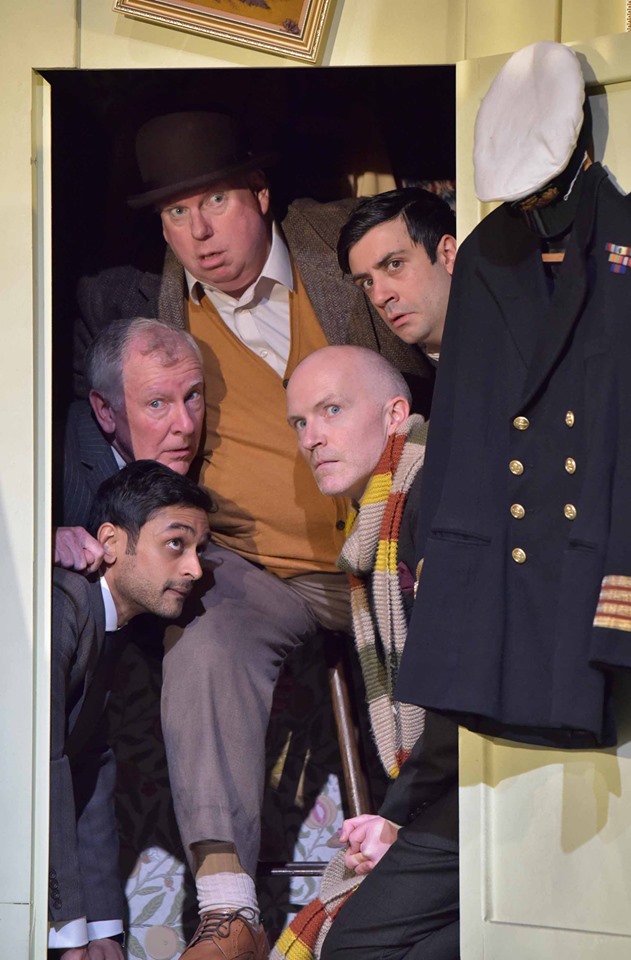 The black comedy follows the planning of an armed robbery and the strategy for getting away with the loot.

Mrs Wilberfoce has an active imagination that keeps the local Bobby on the beat, Constable MacDonald, played with great deadpan face by Chris Porter, entertained and busy. (Porter also makes another surprising cameo role after the interval that is brilliant, with echoes of a 'Little Britain' character.)

When Mrs W puts an advert in the local shop for a lodger, she inadvertently provides the perfect cover for the gang of thieves.

From the rep company of Summer 2019, the stars of this production have been perfectly cast - plus the community cast member who play Mrs Wilberforce's friends are excellent.

Dominic Gately as Professor Marcus, the leader of the gang has big footsteps to follow, as Alex Guinness made this role his own in the movie. However, Gately is brilliant, engaging and at times terrifying as the Professor. He glides around the set like a snake waiting to pounce upon its prey. He commands the role, and his scaf move with Mrs W is funny every time. His delivery of this perfect script is equally first class.

There is a great chemistry of comic timing between Rachel Laurence as Mrs W and Gately. They win the audience over in seconds, and there were real belly laughs from the audience on the first night.

Patrick Driver as the confidence trickster Major Courtney has a truly British comedy character to get his teeth into and he relishes it to the delight of the audience.

Eric Potts as 'One-Round' the old punch drunk boxer with a heart of gold, fist of iron and brain of mush is the perfect actor for this role. His comedy experience shines through.

Luke Murphy as the pill-popping, Jack-the-lad member of the gang Harry Robinson has some great facial asides that add to the double entendres that are sprinkled throughout the script. Murphy gives a strong comedy performance.

Devesh Kishore as the knife carrying member of the gang, Louise Harvey beautifully plays the straight role to the other comic creations.

And the trains, especially the Kings Cross to Newcastle is also a very crucial player in this production - and the staging of the online scene is comic, clever and chilling.

This production comes from the heritage of Britain's Ealing Studios in their prime and has taken it to a new audience. It's a great piece of escapism and fun, which we definitely need today more than ever.

The Ladykillers is at Theatre by the Lake as part of the Summer 2019 Main House Programme until 30th October 2019. https://www.theatrebythelake.com/production/18170/The-Ladykillers