Buxton Opera House really is the jewel in the crown of the Peak District, with an extensive yearlong programme bringing a wide range of productions. A highlight in recent years is their annual musical performed by local young people with the help of a professional choreographer and musicians. The result is a production which has heart, energy and talent which is unrivalled.

Last year’s production of West Side Story impressed me but this year’s offering; Oliver is just as entertaining and each year these productions get better and better.

The Opera House Stage is transformed into Victorian England as we meet orphan Oliver played by the young talented Alfie Hall in the workhouse. Most will be familiar of the story as Oliver escapes to London and finds acceptance with a group of thieves led by Fagin, with Lucas Bailey delivering a rather lively adaption of the well known character after being introduced by The Artful Dodger played by Henry Hodgkinson who has a fantastic stage presence, very talented indeed. 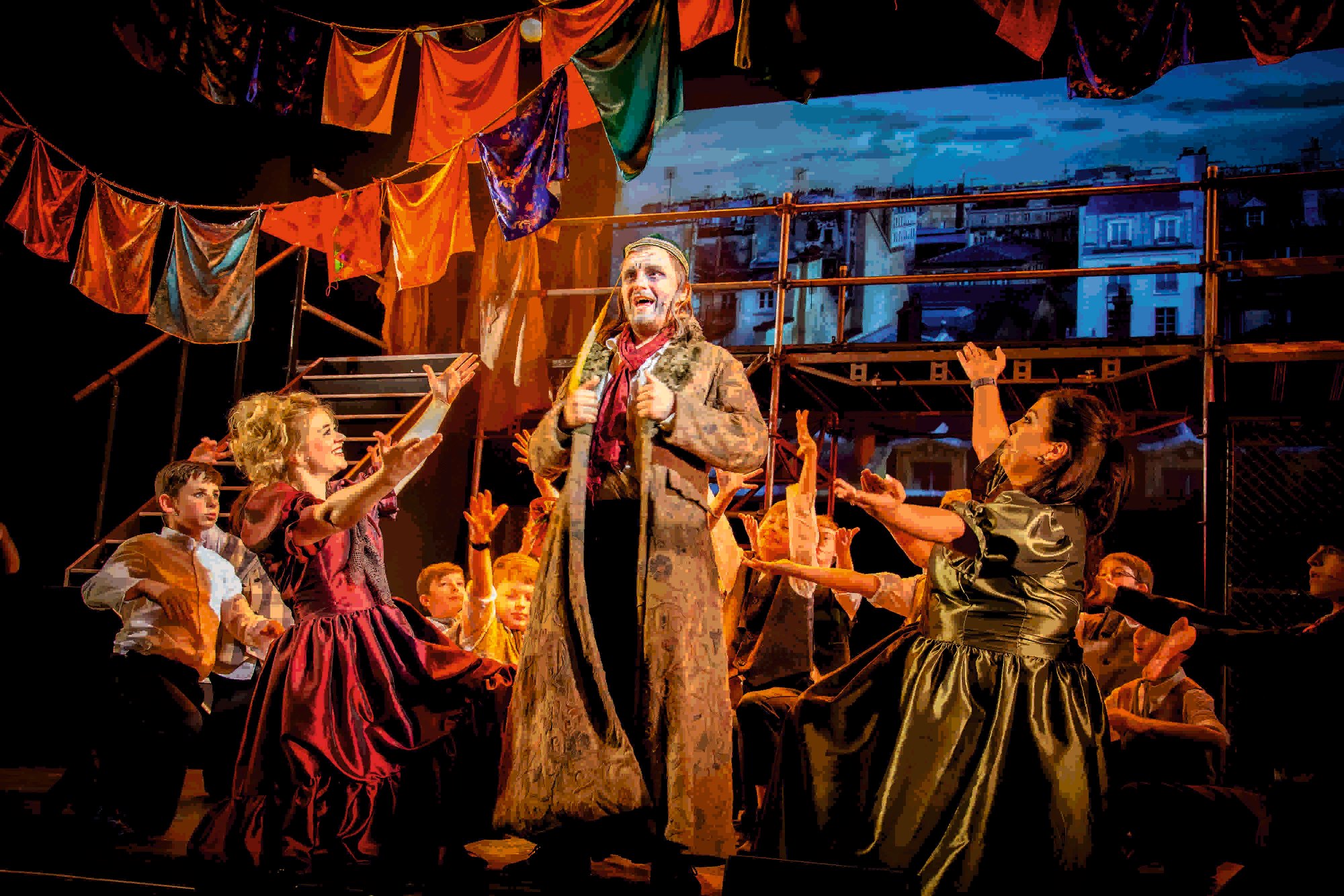 When Oliver is captured for a theft and taken in; Fagin and his associates attempt to kidnap him and ruin his chance of happiness. The Charles Dickens penned story is of course well known and well loved and something I found most commendable about this production was their ability to make it entertaining and fresh. I have seen different versions of Oliver Twist over the years but this felt like I was watching it for the first time!

This has been achieved by the hard work the talented cast and crew have put into making this show extra special; the musical numbers have more vigour and the cast although local amateurs deliver a show which should be touring the UK, to give everyone an opportunity to see it.

Everyone on that stage is impressive; Bill Sikes is played skilfully by Stewart Bowden with his on-stage wife; Nancy played by Natalie Coverley who delivers a rousing routine to ‘I’d do Anything’.

What’s fantastic about this production is it’s an amateur production but is anything but amateur; not only does it have a fantastic cast, it also features a full live orchestra which makes the musical numbers feel even more powerful, you’ll find yourself tapping your feet and wanting to join in on the chorus as classic numbers like ‘ Pick a Pocket or Two’, ‘Food, Glorious Food’ and ‘As Long as he needs me’ are packed with a punch.

Director; Paul Kerryson has brought new life into this production and all involved should be proud. Don’t expect am dram, this is a theatre experience you won’t want to miss.