If you have an interest in exploring the nature of dehumanisation within correctional systems and the chilling spectre of AI there might be something for you in this ambitious blackly comic work. Unfortunately the piece - by the Queen Mary Theatre Company - has some major limitations in its execution which may leave you feeling that there is more potential in the story and in the talent of the actors than was delivered here.

In this forty-five minute show, the story tracks the unfolding impact of a cataclysmic flood on a futuristic prison - set some time in the near future. The story begins with the prison staff discussing the mundanities of prison management against this backdrop - and there have been two additions to their team - the retuning Bodie and their new AI colleague Sally. 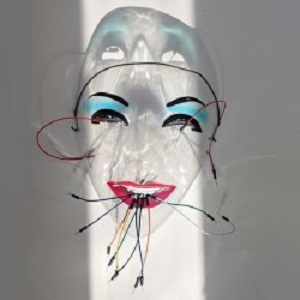 We track the story as they attempt to continue the routines of a working prison with the challenges of the impending catastrophe and the presence of a pedantic, omnipresent corporate automaton.

The were some bright spots in the limited acting performances - especially the chilling emotionlessness of AI character Sally and in the crushing cynicism of jaded Andy - but in general the performances lacked the vocal range and expression required to be consistently compelling. The allocation of character names in a way that was counter intuitive to the actors’ gender meant at first it was difficult to discern who was who.

Thematically the work explored injustice and the devaluation of humanity with correctional systems and the fears associated with artificial intelligence. The black comedy mainly stems from the saccharine language used by Sally to exercise corporate control over the employees under the guise of pastoral care: ‘Mandatory post reconciliation hug complete’.

However the weighty themes are not explored with the depth they deserve and given the unfolding catastrophe that the plot centred around, little dramatic tension was built.

Although there are some interesting things within this piece, the main takeaway feeling is one of missed opportunity; especially the opportunity to have explored the themes more fully and to have created a generally more polished, compelling piece of work.