It’s debatable what catches your breath as you leave The Traverse; is it the chilly Edinburgh air or a reaction to the play you’ve just witnessed? Your wobbly bottom lip’s the giveaway and you strike a purposeful march to fool any concerned onlookers, keep calm and carry on, it’s what the displaced characters in this production did throughout the brutal 1947 partition that created India & Pakistan (another episode of British history poorly reported and/or taught - if at all - in schools).

Horrendous as it was, a positive message emerges from this play regarding the survival of the human spirit, its resilience and adaptability even when forced into pretence. Grandmother Eliza (Seweryna Dudzinska) succeeds in marrying and bearing 14 children in a small Pakistani town, making ‘her own olive oil…mango pickle and butter… brushing her grandchildrens’ hair… (knitting) sweaters for the winter and (making) cakes’ but only by keeping under control memories of the horrific experiences of her flight from Agra. 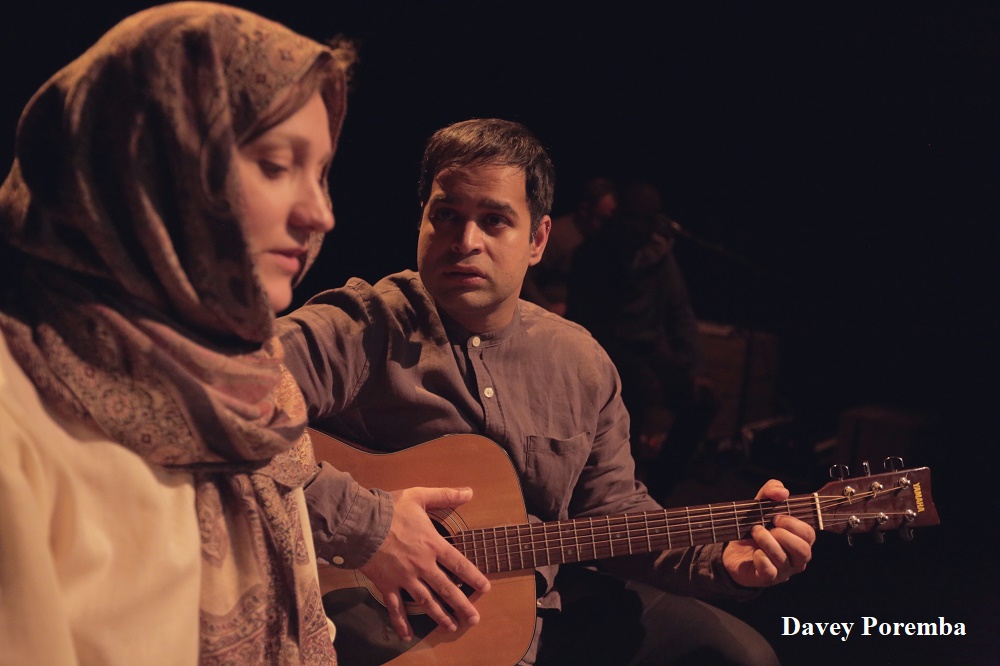 This is, narrator/MC Zubair (played by the writer and director Umar Butt) explains in the gentle comic opening, his Grandmother’s story, but everyone is displaced; why and how does Jamaican Alec (Danny Charles) find himself arguing with Pakistani Zubair in a Glasgow corner shop, a generation or so after Indian Sikh soldier ‘Alex’ ends up in Muslim Pakistan married to a Christian?

Zubair regards the prospect of entertaining his visiting Grandmother who ‘prays five times a day’ as a chore (his own family are away in Manchester), but answers to the above questions appear the moment she starts to tell her story. Running through even an abridged version of the plot would ruin the dramatic impact; suffice to say it highlights the pedestrian nature of most of our lives nowadays and is at turns comic, joyful and terrifying…

The acting is excellent, the varied characters, accents and dialects employed wince-free but Laura Stutter and Ross Clark’s (AKA Late Girl and Fiskur respectively) music deserves special mention. Sparing and careful instrumentation involving violin, guitar, percussion and harmonium, fused with dashes of vocals and electronica, it becomes a key component throughout; atmospheric melancholia has rarely been so uplifting. Before the audience has sat down the transition - courtesy of a lone violin - from bar to theatre space is complete. Moving on it complements Hannah Sibai’s sparse set (wooden crates working as a jazz club, a shop, a car, a bus, a train… and train toilet!) and sound effects created combine powerfully with the use of costumes, most notably a scene almost un-watchable where shawls and saris are used to represent women sent to their deaths in the chaos caused by Partition.

Walking out one juggled with emotions; the sadness and scope of the story… the wonder at what humans are capable of withstanding and the jaw-dropping capacity they have to create; as this small team (from ARC in Stockton) have done here in this production. Continues tonight https://www.traverse.co.uk/whats-on/event/alex-eliza