Billed as "the only show in the Greater Manchester Fringe Festival where all the material revolves around a solid hoofed plant eating domesticated equine mammal and the Homo sapiens that adore them", this show does exactly what it says on the tin. It's an hour of fast paced comedy sketches all about, yes you've guessed it, horses!

Performers Evelyn Roberts and Matt Holt have done a wonderful job with this show. From horsey puns to political satire, and using a combination of projections, music, and even an epic rap battle, there's something for everyone. The pair have tremendous energy and clearly are having the time of their lives on stage. The audience loves them too. 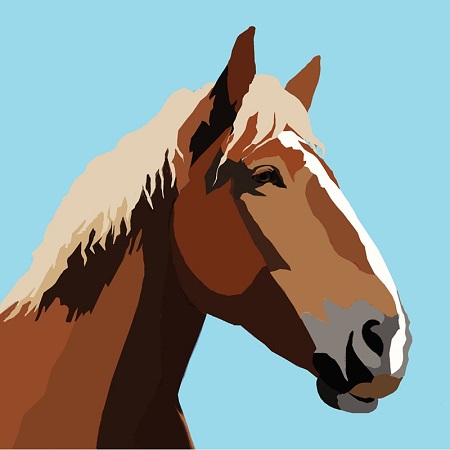 Of course not every joke worked for me, but that's the nature of sketch shows, and there was audience appreciation for almost every gag. My personal highlights were horse speed dating, and a beautiful rendition of 'Something There' from Beauty and the Beast, featuring Philip, a horse in human form.

There were a couple of errors but Roberts and Holt took that in their stride, and made the show even funnier! The music was very loud at points, and I couldn't hear dialogue over the top of it, but luckily this was only for a couple of sketches.

Overall the very friendly and supportive audience clearly adored the show, and for me, this is what fringe is all about. The performance was reminiscent of those hidden gems you stumble into at 1am at the Edinburgh Fringe, in the dark cellar of a bar. A great night out.