Tonight’s performance of ‘Bleach’ a play by Dan Ireland-Reeves was part of the Greater Manchester Fringe Festival. The venue was in the very intimate studio in the King’s Arms, Salford.

‘Bleach’ a one man show about sex, violence and money was immediately engaging. Small town boy Tyler Everett opens the show to a gripping start with the overwhelming moment he realises he is gay in the changing rooms when he is just 14 years old. This quickly develops into a journey of chaos becoming a rent boy and touring around pent house suites for a wage. Tyler illustrates the brutality of his current escorting career and the realization he needs to sell his soul to live the life he always wanted – escaping his small home town to be somewhat superior to his family and the life he left behind. 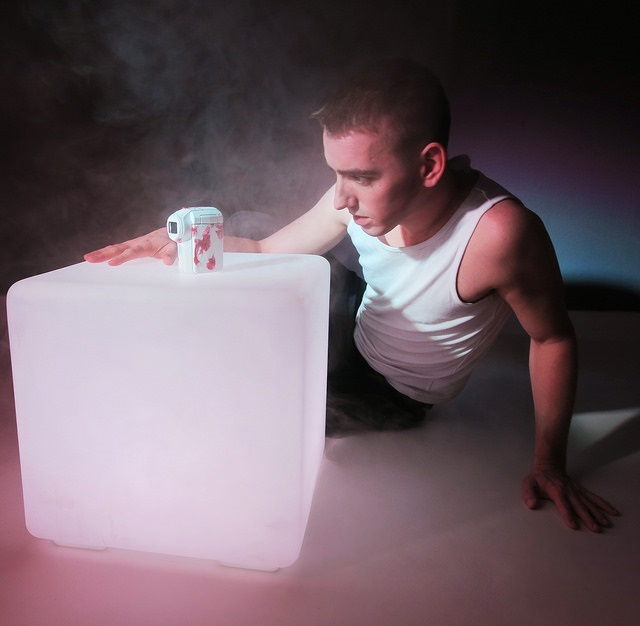 The staging was limited and Tyler attempted to portray his surroundings but we only knew his location as he stated at the beginning of each section of the script. The storyline is relatable if you have ever lived in London and the cost of daily life however what Tyler subjects his body too is to an extreme. His issues with wanting to escape his small hometown to be referred to as 'the gay guy who disappeared to the big city' is depicted through mayhem.

Tyler introduces stories about various clients he has had encounters with, which is certainly not for the faint hearted. Tyler discusses a moment with James, a character he met in a club which progressed rather quickly and included Tyler asking him to move in with him.

The relationship between Tyler and James seemed sincere. James was not a client, he felt his life was finally coming together yet James’ answer was nothing but silence and leaving his keys on the table. Tyler fully allowed the audience to feel empathy towards him and his subjected life of selling himself. James’ character lacked depth and although Tyler’s performance was believable and I felt compassion towards the situation, I felt the story of James was cut somewhat short.

For the first three quarters, both the script and Tyler were engaging and I felt fully immersed into his performance however the latter of the play had my mind drifting away. The Director Bethan Francis keeps it fast paced however the performance seemed slightly on one level apart from the calmer moments towards ‘James’. Maybe the fast paced level was to portray the anxiety of Tyler’s soul and the manic living of London which is definitely implemented throughout.

The ending came quite suddenly, one moment he is dancing taking drugs, the next he is stood on his chair covered in fake blood and the lights go down. Dan Ireland-Reeves delivers a powerful piece of theatre with an intelligent script however the storyline seemed slightly too big to fully express Tyler’s vulnerability and pain for a 1 hour show for one man.

Overall, the storyline has massive potential and the production will definitely leave you thinking.