Absolute Certainty by Qweerdog Theatre is currently being performed at Tribeca as part of the Greater Manchester Fringe Festival. This play is the company’s debut production and explores the relationships between two brothers and their friend.

Finn (Dafydd Shalders) is 18 years old and studying for his A-Levels. He develops a crush on his brother’s best friend; Lee (Benjamin Longthorne). As the play progresses and more alcohol consumed, it leaves the audience guessing ‘will they or won’t they’? 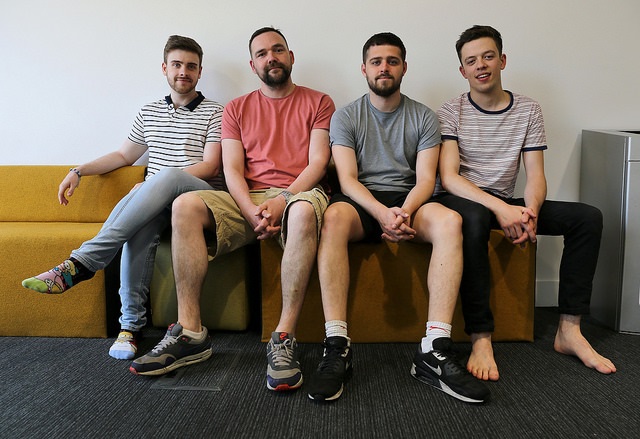 This is a strong debut from Qweerdog, you can tell a lot of thought had gone into the set, the movement between scenes and the casting. I especially liked the moment when Dean (Barney Thompson) laid all Finn’s school materials on the bed. I think it showed a deeper side to a brother’s relationship that we don’t always get to see.

Shalders is stellar in the leading role. I really feel like he made the character his own and I couldn’t imagine anyone else playing Finn - it was like he was born to play that role. Longthorne and Thompson also give strong performances.

This was my second show at Tribeca and I’m still to be won over on its ability to adapt itself as a theatre space. The seating arrangements weren’t great and it did feel like the venue was overcrowded which led me to feeling a bit uncomfortable during the show.

Absolute Certainty is hands down the best production I’ve seen thus far at this year’s GM Fringe. The plot did have holes in it and the ending could have been better, but the direction and the acting made up for it.