The tiny “vault” theatre at the King’s Arms only holds twenty people; it was packed full of an audience of the morbidly curious… and me, to witness a re-enactment of the last hours of serial killer Ted Bundy.

An older man in a trench coat and hat introduces himself as Howard, a tough cop who has spent two years with Bundy, during his trial. Howard is played with consummate ease and a convincing accent by John Smeathers, who conveys years of experience, world-weariness but compassion.

Ted Bundy enters, dressed in an orange T-shirt, the colour of most state prison uniforms. Eddie Capli bears more than a passing resemblance to the killer, in fact the likeness is quite eerie. He plays the roll so convincingly that I can only picture him playing murderers from now on. I’m sure he’s perfectly nice, but I wouldn’t invite him round for tea. 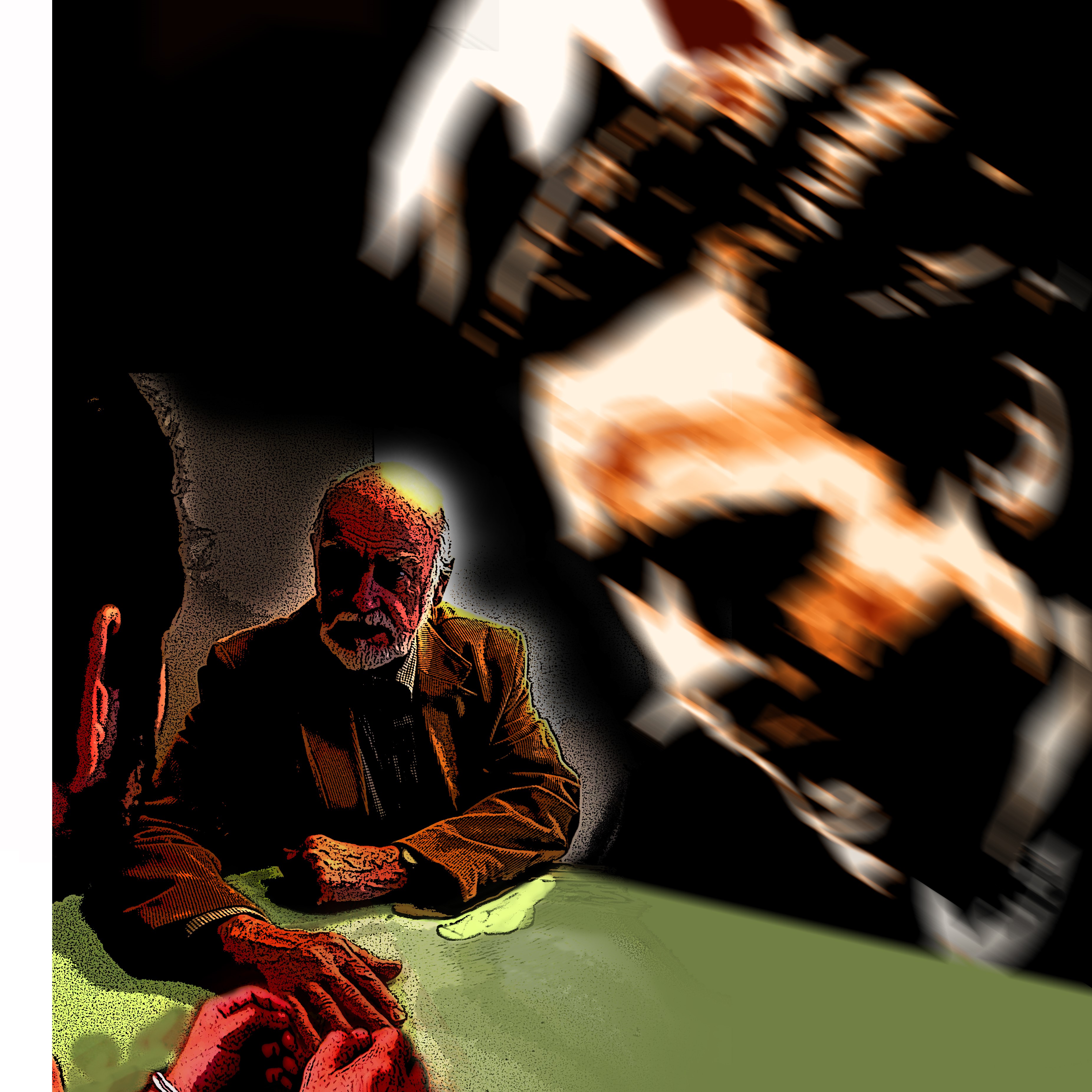 Bundy is softly spoken and unassuming; he comes across as an “average guy”, the boy next door in small town America, polite and sensitive. You could almost start to believe that he is genuine and not at all a monster, but then the reveal is a beautifully set up moment when Bundy asks if he can touch Howard; Howard recoils in horror and refuses, but Bundy tells of his loneliness and isolation and about the entity inside him that forces him to kill. Eventually, in an act of compassion, Howard reluctantly holds out his hand at which point Bundy breaks down laughing. Capli injects such cruelty and insanity into his character; it is a total, chilling transformation, genuinely unsettling. It is a well-studied and nuanced performance that crackles with a disturbing electricity. It is immediately clear that we don’t know when or if Bundy is telling the truth or if he is just playing with Howard and goading him, but we see the madness in him and the love of inflicting pain.

Bundy says he feels an affinity with Howard, though it might just be that he chose him because he felt he could be manipulated. He is either trying to convince Howard that he is clinically insane to avoid the death penalty or just filling up his final hours having fun.

Writer Ken Varnold, formerly working in law enforcement, stated that one of the key areas he wanted to highlight is that both men feel they have been wronged by women in their lives, but both deal with it in dramatically different ways. The acting from both members of the two-man cast is spell-binding. These are Oscar-worthy performances.

Howard is an amalgam of various real officers who were involved in the case and the script is based around actual meetings and interviews. The subject matter is fascinating. My only criticism is that I felt the script was perhaps slightly too long. Though it is only 70 minutes, I felt towards the end we were re-treading points already made earlier. At least for this venue and the heat in the tiny vault I felt it could benefit from being slightly truncated, but this is in no way a criticism of the talented actors or the production. In that respect, it is a masterpiece.

Bundy admitted to 30 murders. The FBI attributed 36 murders to him, but there is speculation that the real number – alluded to by Bundy himself – is over a hundred. He was executed in Starke, Florida on 24th January 1989, aged 42, in the electric chair.