23 characters, three actors and one time-travelling wheelchair: this new fringe production might sound a little too ridiculous for the discerning theatre-goer, but Trollope is an absurdist hour of joy worth watching.

Belly-laugh inducing character acting takes us on a whirlwind tour of historical figures via wigs, beards and accents. This new play is a remedy for stuffy high-brow comed’ that requires the audience to be proficient in Latin or French to get the joke. Through Trollope, writer R. J. Leek has crafted an inclusive, silly but still historically informative play that is enjoyable for a wide audience.

Fictional Percy Trollope is our earnest, naive protagonist, played by the wide-eyed Simon Hallman with consistency and self-awareness. As he wheels back and forward through time, he miraculously appears in the exact location of figures from Casanova to Nostradamus, Shakespeare to Julius Caesar. These transitions are all the more entertaining thanks to the simple but comical use of costumes, staging and props throughout. 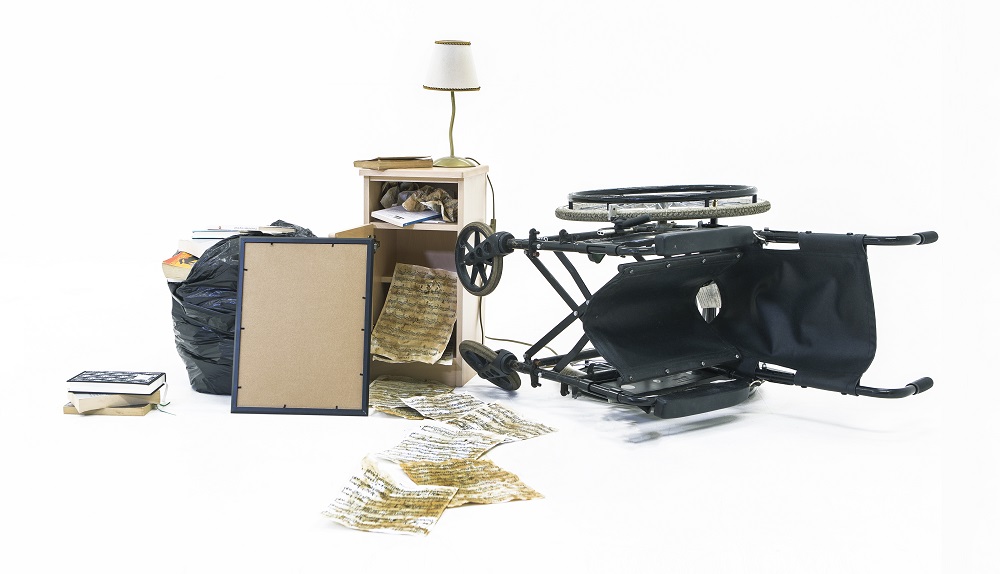 The true success story, however, is Ali Khan. A brilliant comedy actress in her own right, Khan’s versatility is perfect for this fast-paced multi-character production. With Khan steering the ship the energy is maintained and the laughs keep coming. So much is her stage presence that as soon as soon as she leaves a scene it loses a little sparkle, becomes a little dull.

That isn’t to say that Jennifer Banks and Simon Hallman can’t please the crowd – far from it. Jennifer Banks is a particularly committed Sid Vicious, especially in the arms of Julius Caesar. Banks also makes a sound Wordsworth, though again Khan’s Dorothy steals the scene and is a highlight of the entire performance.

But while I agree that to have laughter is to have power, the inclusion and treatment of Adolf Hitler here is a little borderline. Visually it is an entertaining scene, and yes it’s widely known that Hitler was rejected twice by Vienna’s Academy of Fine Arts. But is suggesting Hitler’s actions were committed reluctantly as it had all just got a bit out of hand an insult to the millions who lost their lives to his hatred?

This attempt to emasculate one of the worst dictators of modern history is effective only to a point. With figures like Hitler, writers often come up against the limits of humour, but here the tiny puppet with the augmented live head, Khan’s impressive delivery and Banks’s lusty wife just about saved a risky creative decision.

Overall the writing could be more concise, and the delivery could be tighter and slicker, but Trollope is a well conceived and well performed new comedy. R. J. Leek’s creation is 60 minutes of pure entertainment from start to finish: this is what fringe theatre is all about.