A sweltering humid night and the audience at the King's Arms Salford is squashed into an airless room, sweating with heat and anticipation to see what John Best the performer behind the Little Pink Book of Masculinity has to offer us eager beavers tonight. He has an onstage helper/servant, who informs up to look astutely towards the door as John is going to make a 'grand entrance,' that we surely don't want to miss.

Cue Abba music and John comes strutting in delicately with shabby old tracksuit bottoms and a none descript top – very macho. John then takes us through a plethora of witticisms and astute observations of what the pressure is like to conform to masculine stereotypes and how in the gay community many fall short of the idealised insta-bodies we see in the media. 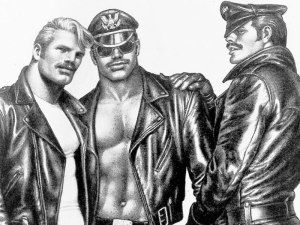 The treacherous path of dating apps is explored, where nothing is as it seems.

John who at the age of 22 has already has his fill of dodgy dates, rejection and the challenge to fit to stereotypes comes alive as he peels of his jogging bottoms to unashamedly reveal a delightful ensemble of pink basque, stockings and suspenders, topped off with a feather boa and (genuine) silk dressing gown. Not to mention the six-inch heels. This is done to a fitting soundtrack which he lip syncs to, while his assistant is on hand to pick up his clothes.

The show was a joy to watch, hilarious gags; John's performance is brave, liberating and empowering. There's a strong, prevailing message that makes John's act relevant and immersive as he leaves his box for freedom, so anyone can feel liberated from constraints even if it's just for the night.