One Step Back theatre company brought their debut show, ‘Sister!’ to the Vaults of The King’s Arms pub in Salford as part of the Greater Manchester Fringe Festival (known as the GMFF). This was my first time in The King’s Arms and I was really impressed with the pub as a venue. The refurbishment of the traditional public house has transformed the venue into a friendly meeting place for artists, performers and academics. This pub is welcoming, hip and has some incredible performance spaces ranging from their tiny Studio and Vaults, which seat 15-20 audience members, to their main theatre space, which seats 50-60.

I watched ‘Sister!’ in the Vaults theatre space which is in the cellars of the pub. Reached by a tiny staircase, I was led into a bare room by one of the two performers, to find only three other audience members sat waiting in the dark. It made me a little sad to see so few in the audience and I wonder what is wrong with the promotion of such work, that the theatre folk of Manchester and Salford aren’t getting themselves out to watch performances in a festival which is right on their doorstep. 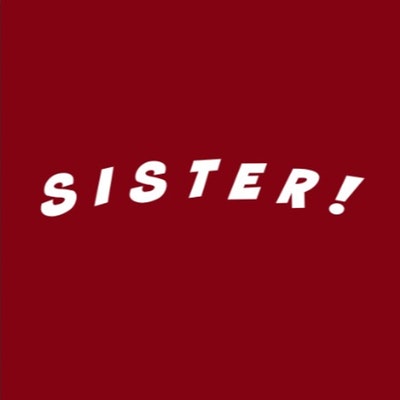 Maybe the market was saturated by the International Festival which closed last week? Maybe they’ve all gone on holidays? Or perhaps it’s just not been advertised enough? I really hope that more is done to promote the GMFF in the future and it gathers the support and attention that it deserves.

‘Sister!’ advertised itself in the blurb of the GMFF websites and programme as ‘a heartwarming and thought provoking exploration of the female condition and celebration of the women who’ve kept us alive despite the odds. Using real-life stories to tell the tale we travel through history following Beatrix, a 17th Century healer, Mary a nurse in France in 1941 and Jade - a community nurse battling the latest round of NHS cuts on a journey to discover just why women take on these roles, and what challenges they might face as a result.’ I’m delighted they had this blurb as otherwise, I wouldn’t have any idea what it was about! It was definitely physical theatre, it had lots of interwoven storylines and there was a lot of repetitive motifs, which connected the stories. However, I really struggled to feel this performance communicated a message which made me feel or think much, and as a woman who grew up with a mother who was a nurse, I was disappointed.

That said, there was a lot of skill in what the two physical theatre performers were doing and this was framed cleverly by a montage of recordings from modern media sources, such as interviews with Teresa May, news reports on the NHS crisis and musical interludes. The framing of the performance by the sound worked well and the minimal lighting created some beautiful silhouettes of their bodies as they skilfully contorted, balanced and moved together and in solo. There were gentle moments of motherhood, looking at the repetitive motion of cradling a baby, juxtaposed with frantic running to keep up with the work life balance or running from the law. This helped to sustain the interest in the half hour performance. Although I enjoyed the energy of this and the conviction of the performers, I still haven’t got much of a clue what happened within it. The recorded sound confused me even further when they introduced the recorded interviews about racial discrimination. I just couldn’t see where this fit into the narrative of the work and felt that their message was becoming too big for them to tell in this genre and to effectively convey in just half an hour.

The two performers of the company must be commended for their efforts and skill in physical theatre and some passionate moments of acting, such as the woman whose baby was close to death. This was a heartfelt retelling of the role of women in the care sector and their struggle to take care of their patients and families, in the face of adversity.