The Decriminalisation Monologues - The Kings Arms

Dublin based Acting Out Theatre Company brought their debut production ‘The Decriminalisation Monologues’ to the Studio theatre of The King’s Arms pub in Salford as part of the Greater Manchester Fringe Festival (GMFF for short). I was really impressed with both the performance space and the performance I watched, despite a poor turnout of an audience of just four. The refurbishment of the traditional public house has transformed it into a hotbed of entertainment, whilst maintaining the local boozer atmosphere, which also happens to be a friendly meeting place for artists, performers and academics alike. This pub is welcoming, hip and has some incredible performance spaces. I watched ‘The Decriminalisation Monologues’ in the tiny Studio space and sat on the front row, almost on the stage! Despite the intimacy of the space and the tiny audience, this company performed with as much passion and projection as a company on a more prolific stage, with a much larger audience. 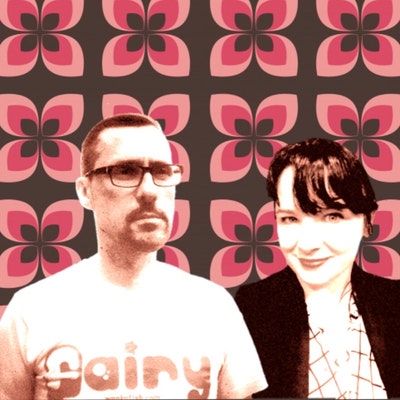 Framed as a two-hander, set after the 2015 same sex marriage referendum in modern day Ireland, the performance flashes back into two monologues which tell the story of what it was like to be a gay person, living in Ireland before its decriminalisation. From the outset of this performance, it was clear that this play had a lot to say about Irish politics. Sean Denyer’s poignant scriptwriting, pens the story in such an emotive way without being overly schmaltzy.

The first story was of Maura Higgins, played empathetically by Leslie-Ann Riley. Maura, a native Irish woman coming to terms with her position in the Irish workplace as well as her own sexuality in Ireland, was told with real compassion. For those not familiar with the cultural ideology imposed upon Irish females, Denyer cleverly interwove the patriarchal position of the female in the home and indeed under the rule of their father or husband; this added further context and conflict for a character coming out as a lesbian and the impact it had on her in the workplace. The monologue explored discrimination in the workplace and was delivered with pathos and energy, with some wonderful characterisation from Riley, who took on multiple roles.

The second monologue was of British born Mark (played by Howard Lodge), who finds himself moving to Ireland with his Irish born partner, Eamon. The story tells of Mark and Eamon’s happiness overcoming the discrimination of being gay in rural Ireland as they open a guest house which welcomes the LGBTQ+ community in the mid-eighties. The tragic loss of Mark’s partner to ‘the horrors’, unfolds a menagerie of injustices which come from a society which doesn’t recognise a gay partnership in its laws. Lodge’s portrayal of Mark was so moving and really touched a raw nerve with me, as a Northern Irish woman watching the recent events unfolding in the laws regarding same-sex marriage in the North. On a personal note, I have friends who grew up gay under the prejudices of Northern Irish and Catholic rules, so I recognised much of the hurt expressed on stage and thank ‘Acting Out’ for giving them a voice which even now, they are not always afforded. If anything, this is the only aspect where I felt this production pulled its punches. It seemed to give Ireland a pat on the back for moving so well with the times but does not admonish the northern part of the country (or of the UK, depending on your national identity) for not catching up yet.

Both monologues were first class performances by Riley and Lodge, told with passionate projection and had undertones of the frustrations of what it was like to be gay before its decriminalisation. Neither performer told their story to illicit sympathy, but to engage the audience with an empathetic exploration of how powerful it is to stand up for your rights, in a society which aims to supress who you are and how you express your relationships.

The production is still in its infancy and the company are trying to get into other festivals and theatres in Ireland and the UK. It is a true example of theatre that can change the way you think and it will resonate with me for a long, long time. I urge every festival and theatre to let this production tour as it deserves to be watched by many. https://manchesterfringe.eventotron.com/?event=32355