As we took our seats in the stalls, the two young women next to us were staring at the stage and looking puzzled. A giant WILL KOM MEN stood proudly, the sections of the word stacked one on top of the other. And to two Will Young fans, it was a mystery only solved when we explained the world meant 'welcome' in German and that the show is set in Berlin, in the early 1930s, as the force of Nazism was gathering momentum.

Welcome to the world of Cabaret, old chum.

That strange stack of letters was our first glimpse of a set which proved as versatile as the performers who strutted upon it – and the first hint of that came when Young, as the Emcee, suddenly appeared through the central O to begin his opening number. It was our introduction to a wild, wacky, manic and ultimately tragic ride, in a show that pulled at the emotions and refused to let go. 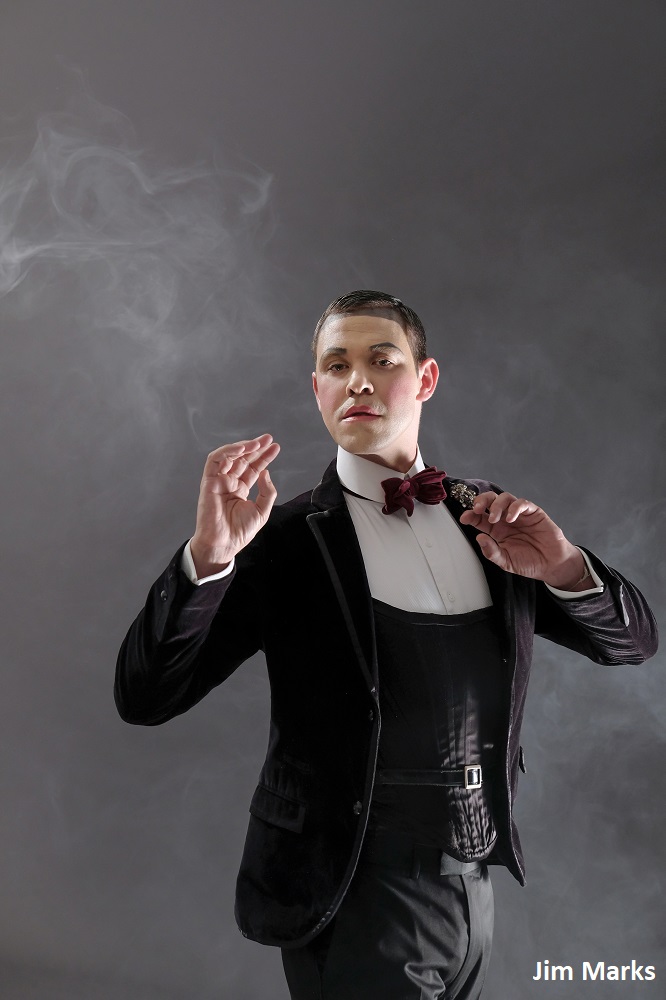 Rarely have I felt so engaged in what was going on upon the stage. There were moments when the volume (and sense of tension) were turned up to 11, while the silences were telling, poignant and utterly moving, culminating in a final scene which brought a lump to the throat.

This production marks Louise Redknapp's musicals debut and she has some mighty big shoes to fill. Can anyone better Liza Minnelli in the 1972 movie? Redknapp gave it a bloody good try, and she brought something fresh to Life is a Cabaret – no mean achievement. Her vocals were nuanced, her acting surprisingly good and she literally threw herself into the demanding choreography – an excellent all-round performance.

The doomed late-in-life love story of boarding housekeeper Fraulein Schneider and Jewish fruiterer Herr Schultz was perfectly pitched by Susan Penhaligon and Linal Haft, whose tender duets were among my favourites in a show which is packed with delights.  The choreography included some heart in the mouth moments as the dancers performed all manner of eye-watering manoeuvres in the skimpiest of costumes.

This show is an absolute joy – and at the heart of it all is Will Young, commanding the stage, pulling the strings and toying with our emotions at every end and turn. I couldn't take my eyes off him as he pranced and preened, leered and cackled. The Money Song was incredible but it was in his more studied moments that I loved him most. This role was made for Young and it's clear he relishes every moment of playing it.

I've witnessed some fine shows this year, but this one sits at the top of the tree.

As the cast departed the stage following extended rapturous applause, our two young neighbours were smiling broadly. They might have arrived as Will Young fans, but I like to think they left with a newly found love of musical theatre.

Cabaret is at the Opera House, Blackpool until Saturday, October 7th  For tickets and more information visit http://www.wintergardensblackpool.co.uk/events/cabaret/