I'm exhausted after two hours of fantastic singing and dancing at the Blackpool Grand Theatre this evening..... and that is just as an audience member! Amazingly the cast seem to still be full of energy as they take their curtain call, never flagging once throughout their high energy performances in the musical 'Thriller Live.'

The show has no less than six lead vocalists, Britt Quentin, Adriana Fiqueroa, Shaquille Maerice Hemmans, Eddy Lima, Rory Taylor and Ina Van Woersem supported by ten dancers and a 'hidden at the back of the set' live band who all combine to make this show a spectacular evening's entertainment celebrating some of the songs of the late iconic Michael Jackson. The whole show is also a visual delight with fabulous colourful costumes ranging from psychedelic lycra outfits of the pop years to the incredible zombies from Thriller. 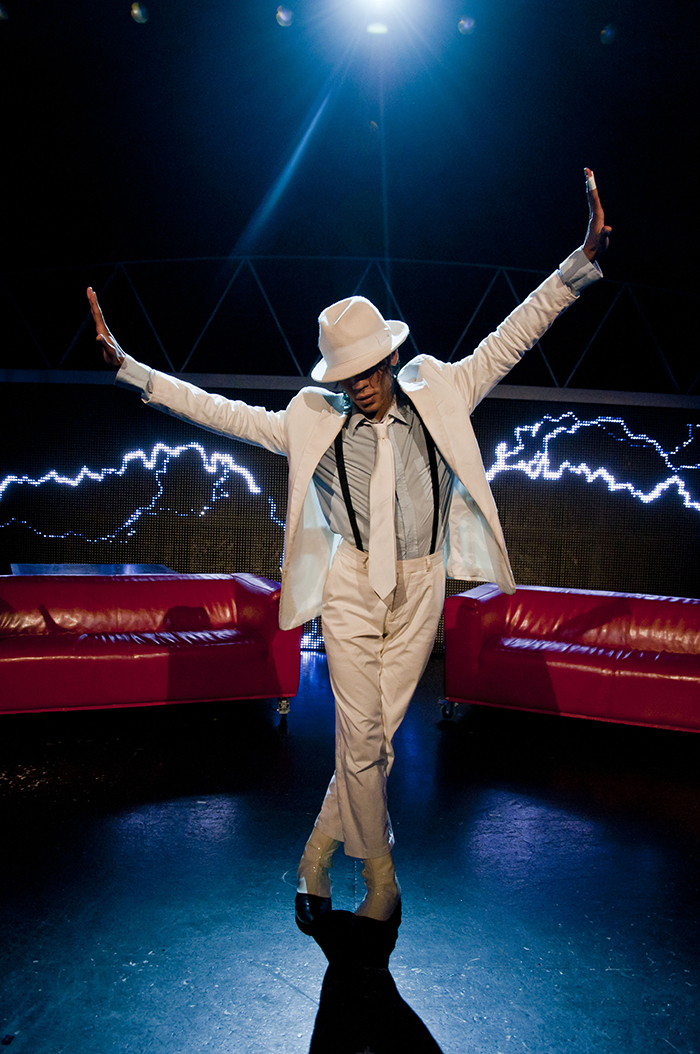 There is very little narration during the show so you will not learn anything you didn't know about Jackson already, it purely concentrates on his songs and dance moves and Lima receives cheers and applause for Jackson’s signature Moonwalk. Lima who dresses as Jackson surprisingly does not appear in the show as much as the other singers. All vocalists give stunning performances but my favourite song and singer of the evening is Rory Taylor with 'She's Out of My Life', pin dropping, hairs prickling at the back of the neck stuff, just wow!

Whether it's a solo singer or the whole ensemble on stage you will not fail to be entertained by the show and full credit should go to the Thriller Band who, under the direction of musical director and keyboard player Andy Jeffcoat, were absolutely fantastic and it was nice to see them recognised for their talents from the rest of the cast. The set consists of a staircase with podiums at each side of the stage and bridged across to each other and is put to full use as the dancers effortlessly dance up and down the steps with five dancers performing the infamous lean from 'Smooth Criminal. Beneath the bridge we are treated to brilliant graphics, one time showing a young performer singing 'Rockin Robin' as the young   Jackson and who I suspect may appear live at some shows as his photo appears in the programme but sadly not tonight. There is glitz and glamour, pyrotechnics, exuberance in abundance and add this to the long list of Michael Jacksons hits performed so wonderfully from the Jackson 5 days through to the pop and disco eras, classic rock to sensational ballads I can only say when this show returns it's a guaranteed 'I'll Be There!'

Thriller Live continues at the Blackpool Grand until Saturday 18th November 2017 with matinee performances on Friday and Saturday. For tickets and more information: https://www.blackpoolgrand.co.uk/event/thriller-live/