One of the most successful shows to come out of Ireland, Spirit of the Dance is visiting Preston tonight as part of their UK tour which has seen them travel the world playing to audiences worldwide. Aware of the popularity of Riverdance where this takes inspiration expectations are high.

The show opens with an ethereal group of dancers in beautiful floaty costumes, like a scene from Midsummer's night dream, lilting voices and twirly swirly movement evoking a spirit of the dance that sets the scene for the performances. The lighting adds to the mystical dream light affect and draws in the audience, slowly captivating them.

What is great is the feeling of anticipation, having no idea what will come next. From the soft lyrical number to the lively Irish vigorous dance that sets the stage alight, shouts of 'Hey,' accompany the cast and they display dazzling footwork, of course perfectly timed and synchronised. Energy abundant and uplifting, enticing smiles. 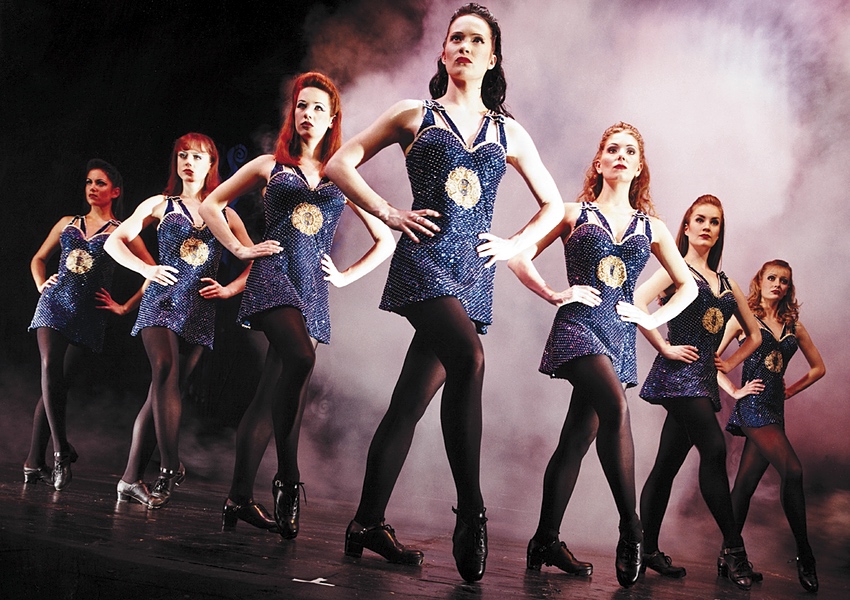 The dancers dissipate, then a sole fiddler enters, a leather pants wearing, sparkling shirt adorned to rival Barry Manilow and off he goes. The man is a genius, totally deranged, but my gosh he can play. He whips the audience up into a frenzy, his eyes are everywhere and he swings his bow in the air with such flourish and wild abandon.

For the next routine, they all don Scottish tartan and the male cast members look fabulous in full regalia, kilts and knee socks. This is very impressive with leaps and fancy footwork, extremely unique and enjoyable.

The rest of Act One is very much a dance cabaret of different genres from flamenco, swishing skirts and Spanish style dancing. Then an Egyptian theme with giant feathered fans held aloft. The violinist weaving his way in between to impress the audience with his skills covering Beethoven and only the coldest of people could have avoided clapping along. The whole thing is transfixing, dynamic with immense choreography and energy from the dancers. Act Two continues in the same vein.

There's some interaction where everyone is encouraged to try their hands at rhythmic clapping and of course some can't get it right, but it's all in good spirit and has everyone laughing.

Spirit of the Dance also includes some beautiful vocals, giving a romantic feel to the night. Then it's back to sparkling purple glittery costumes for a salsa inspired number.

A western dance is particularly memorable, not just the outfits, turquoise rhinestone jumpsuits and giant Stetsons, but the music is so catchy and the routine fantastic.

Towards the end the dancing gets faster and faster and just watching the dancers is exhausting. The male cast members stand on glitter boxes and perform a visually impressive display of the fastest foot work ever that seems to get faster each time.

The finale has everyone dressed all in black with bowler hats and white gloves, which looks stunning and it was lovely when all the cast sat on the edge of the stage and synchronised their clapping. It felt like a brilliant end to a very uplifting and entertaining night.