If someone says to you “Irish dancing”, I’m sure that you immediately conjure up an image of a neat row of busy feet, all moving in perfect harmony. The showcase of Irish dance in Eurovision back in 1994 raised the profile of the genre and led to the creation of several international dance troupes. Rhythm of the Dance is one of those companies, which this year is celebrating twenty years of touring the world showcasing Irish dance and music, and tonight they brought their modern and upbeat show to the Floral Pavilion in New Brighton.

The cast of extremely talented young dancers, including several world and national Irish dance champions, alongside the impressive band of five musicians, took the audience on a journey around Ireland and beyond. The programme notes explained the show’s concept as an exploration of Irish culture and traditions in the first act, followed by a voyage through other cultures before returning to Ireland in act two. While I’m not sure that the concept was as clear on the stage as it was in the programme, that didn’t make the show itself any less enjoyable. 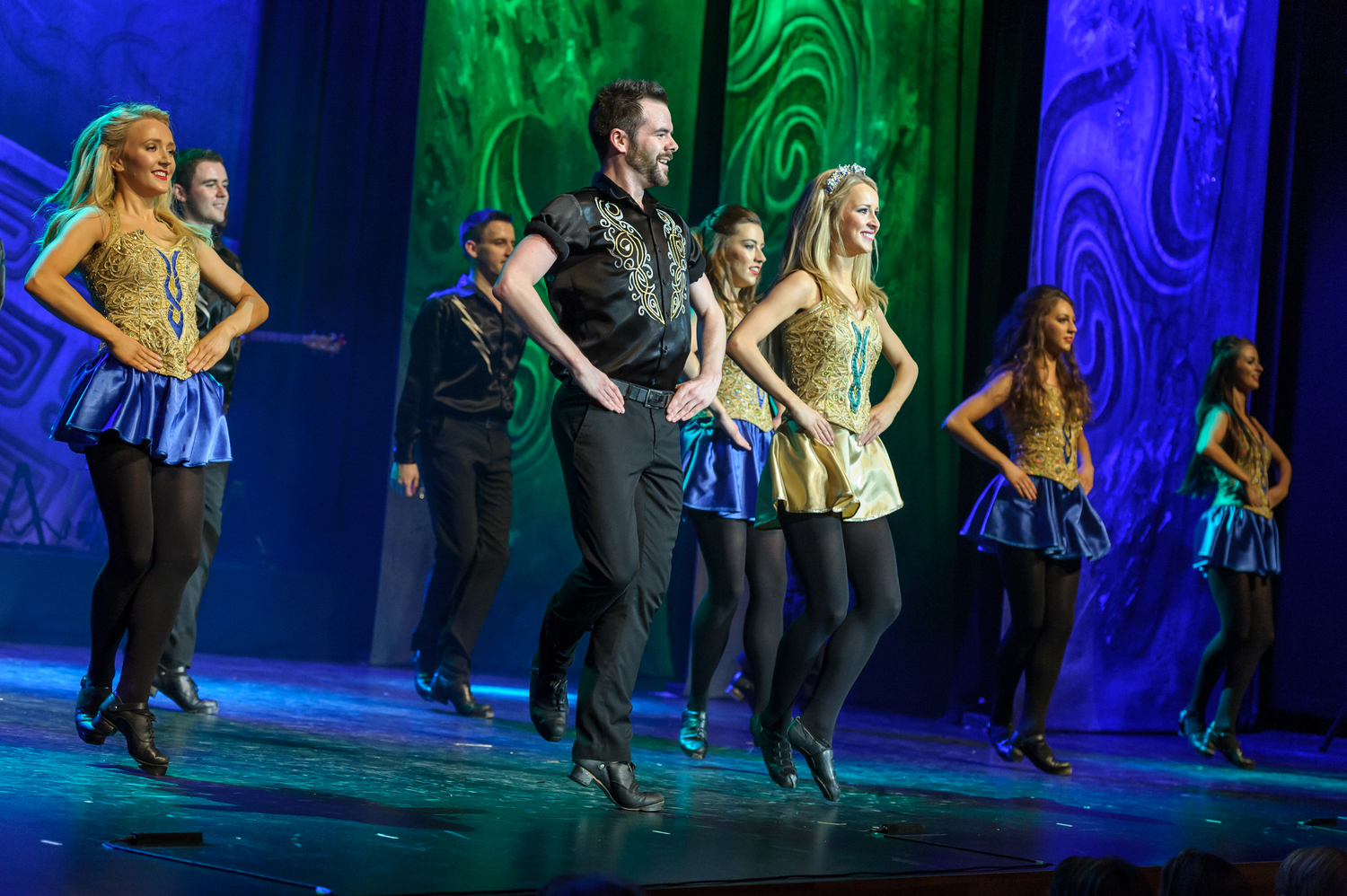 I particularly liked the idea of looking at dance traditions from other cultures through a lens of Irish dancing and music, which created some really interesting choreography, still fully recognisable as Irish dancing, but incorporating clear elements of swing or jive – among other styles represented. The inclusion of traditional songs and instrumental music broke up the dancing, which could be viewed as a negative as it did interrupt the rhythm of the show a little, but, in fact, I enjoyed the variety.

The dancing itself was not foot-perfect, but it was still impressive. I was glad for the dancers’ sake that the warm weather had broken, as I don’t know how you would go about producing a show that requires so much energy in 30-degree heat. Despite a couple of slips, I was still mesmerised by the overall synchronicity of the performance. A feat that became even more impressive when I found out that the lead female dancer was in fact off injured, and that the company was being led this evening by Eve Sheridan, a 21-year-old from Galway, alongside the lead male dancer – and choreographer – Dane McKiernan. It was a shame that no mention was made either at the venue or in the programme of the names of the ensemble dancers or the band, they all deserve to be recognised for what they achieve within this production.

The projection of images of Ireland and other locations onto the backdrop throughout the show enhanced the visual storytelling, and cleverly complemented the musical numbers when there were no dancers on the stage. It also provided a great visual during my favourite number from the show: while the projection showed the well-known photograph Lunch atop a Skyscraper, in front of it, the male dancers performed dazzling traditional choreography influenced by New York rhythms dressed all in black and challenging one another to dance harder and faster.

The costumes were beautiful, and the ladies’ dresses in particular incorporated many traditional Celtic touches into their design. I was also impressed by the set design, though I suspect that the stage at the Floral may have been smaller than they were used to, as some elements of the production felt a little cramped. The clever use of lighting also enhanced the intricate footwork and clearly set the mood for each number, no small challenge on such a long tour when you’re in a new venue every night.

Overall, it was a great showcase of Irish culture through music and dance, and despite being twenty years old, still felt fresh and entertaining.

The production continues to tour through the UK until the middle of August: https://www.rhythmofthedance.com/tour-dates-1