‘Somewhere beyond the barricade, is there a world you long to see?’

This is probably the best phrase that could describe Beyond the Barricade. For those expecting an evening filled with a Les Misérables re-enactment, you’ve definitely come to the wrong place. Beyond the Barricade celebrates all this is great with musical theatre, with the theme that all of the performers have been in Les Misérables, at some point of their careers. There’s something in the evening for everyone, from new musicals such as Anastasia and Hamilton, to Children’s film themes and everything in between.

In 1999, just after leaving Les Misérables on the West End, David Fawcett and Andy Reiss we’re giving a concert of songs from the show, amongst others and thus the idea of Beyond the Barricade was born. And 20 years later, they are still touring the world together and managing to keep the show fresh and entertaining! 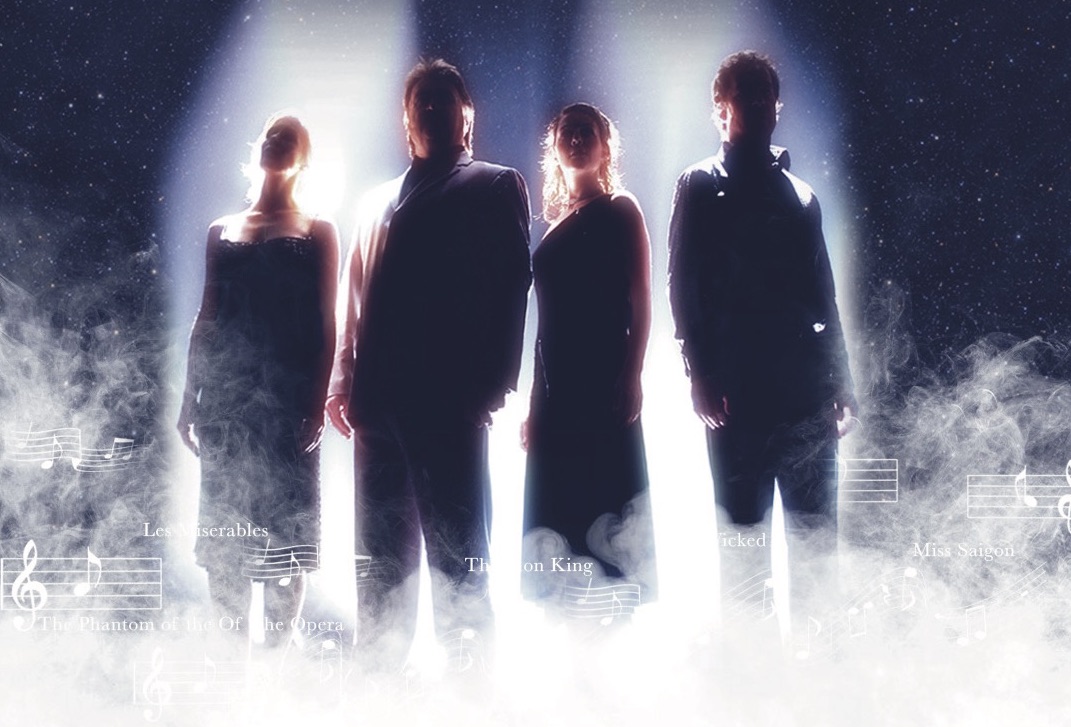 They were joined by Shona Lindsay and Poppy Tierney, and all four voices complimented each other extremely well, whether in duets or quartets. Their band was comprised of Russ Kennedy, Dave Williams and David Lane, who accompanied the vocals superbly. Considering Les Misérables is usually accompanied by a 40 piece orchestra, these guys clearly know and trust each other and know how to get the best out of each other.

This special evening was a great way for them to celebrate their 20th Anniversary. It was an evening that left you wanting more, the medleys at times didn’t seem long enough, or contain all of your favourite songs, but in a good way! But as Fawcett said, putting together a concert like this is difficult, as you don’t know which songs to include or exclude! Someone is always going to want different songs or more from one show than another! It was almost magical, in the way that the four singers voices were so versatile, that no song posed a problem and no song or voice appeared to be weaker than any of the others. The show seemed extremely well put together, and of a high value; whilst they couldn’t use exact replicas of costumes or routines from the shows, due to licensing laws, it absolutely did not detract from the show in any way, shape or form!

I would highly recommend this show to anyone who loves musical theatre, and I’ll certainly be keeping an eye out for further touring dates near me! It’s a show that can be enjoyed by all the family, children and grandparents alike!