ABD Productions’ award winning 'Her Benny' is currently showing at Liverpool’s Royal Court. This heart-warming musical version of the Silas Hocking’s rags to riches story has it all, laughs, tears and beautifully written music.  Written and directed by Anne Dalton and produced by ABD Productions.

Tonight as the wording of the opening number prompts me 'We love the sights and sounds of our city' Liverpool can be truly proud of this musical and the wealth of local talent performing.

The children in this show play a vital role and the central characters Benny and Nell dominate the majority of the first act. There are several teams of children during the run.  Liam Spencer brought us a cheeky chappy and caring brother to his little sister Nell, played by Mia Herbert, they worked very well together and created a tear jerking end to act one. I was a little disappointed at the lack of the scouse accent in parts, but this didn’t take away from the performance too much. A few lines were thrown away and I wanted to see the children make more of the comedic dialogue. 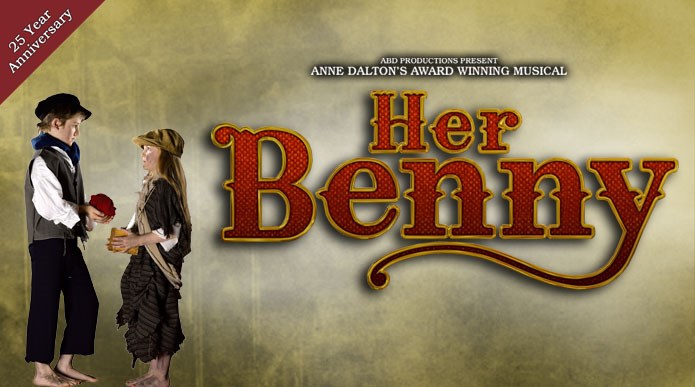 A lovely performance too from Zara Islip, as the young Eva, the daughter of a wealthy gentleman. Convincing characterisation and a nice sweet voice. The same can be said for the older version of Eva in the form of Elizabeth Baxendale. Lindzi Germain did a fantastic job in multiple roles this evening, very funny and a master in her craft.

The Performance of the evening goes to Peter Brindle, playing Joe Wragg who takes in Benny and Nell along with his wife Sally. An amazing vocalist and lovely character who won over the audience, a particular favourite 'As long as I believe.'

We had overall a very young cast and during some of the ensemble scenes although we had a full stage and a lot of bodies, we lacked volume and projection. The overall sound I feel wasn't loud enough at all. Which was a shame, because we lost some atmosphere.

The Scenery worked very well, featuring the Liverpool dock and various pieces moving in and out throughout the performance, the jail scene was very effective. A favourite moment for me being the Christmas scene in act one, featuring falling snow, a lovely touch.

The show had quite a late start time of 8pm, bringing the finale time to 10.45pm which is very late on a school night, there are however several matinees throughout the run.

Overall a great musical and well worth a visit to The Royal Court. A Haunting musical score, lovely costumes and talented cast. Be warned have the tissues ready.

The show runs until 10th February.  Go and see it! http://www.royalcourtliverpool.co.uk/whats-on/her-benny/