An evening at Liverpool's Everyman theatre, with the start of the resident 'rep' company's season. Performing Lerner and Loewe's Musical Paint Your Wagon.

In a town with hundreds of men but only one woman, the story revolves around Ben Rumson, a miner and his daughter. With a strong cast of fourteen we see lots of multi rolling and a very professional polished production.

Choreography by Tom Jackson Greaves was clean and well executed, a particular favourite moment being during Jennifer's solo, the ensemble use a costume on sticks and walk and dance it around like a partner for her. Also creative use of props throughout.

The performance was set as theatre in the round, and the team ensured nobody missed out, and drew us in as part of the action. Entering through the audience several times. Gemma Bodinetz, has done a fantastic job directing the team.

The set was very creative, with at times the floor opening up to reveal various items to set the scene, for example a bath tub, a burial plot etc. Also we had some performers appearing higher up on a balcony level.

Patrick Brennan brought us the central character Ben Rumson, a very believable delivery and a beautiful chemistry with his onstage daughter Jennifer Rumson, played by a petite ideal casting in the form of Emily Hughes. Vocally bringing us the perfect light and shade required, a powerful belt and sweet vibrato.

We see Hughes in another partnership with love interest Julio Valvaras -Marc Elliott. Another very talented gentleman with a fantastic voice. 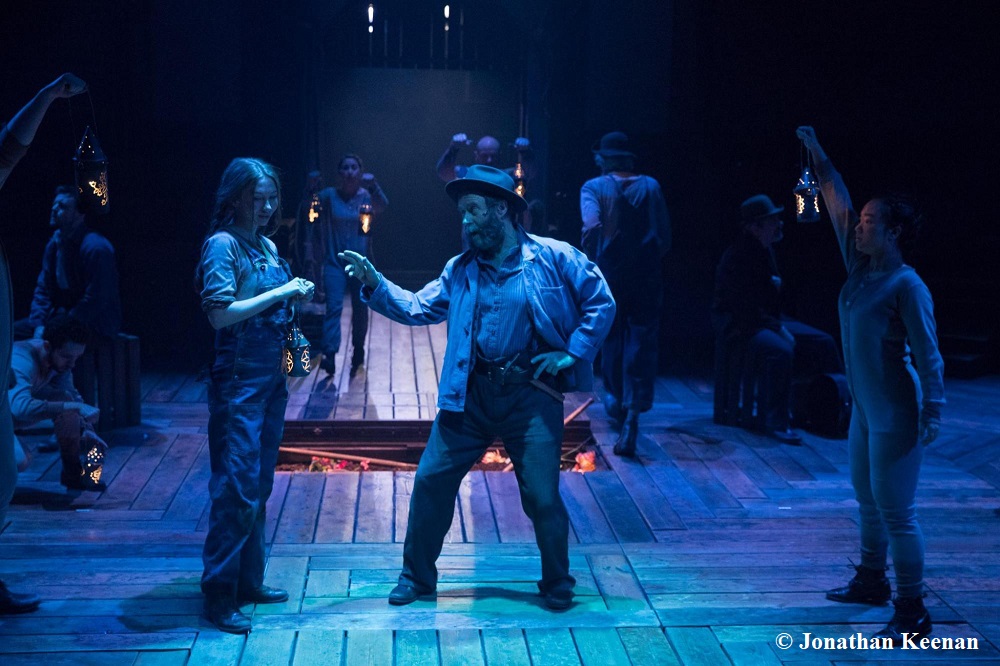 It's hard to single out any member of the cast as they are all clearly well rounded performers with a great deal of experience, however a highlight for me was the scene and song featuring Richard Bremmer as Jacob and his two wives Emma Bispham as Elizabeth and Keddy Sutton as Sarah. A lovely comic element.

I'd like to take a moment to praise the ensemble, many of them Women playing men throughout, not taking anything away from the roles at all. Sometimes when we have gender swapping in a performance it can appear somewhat like a high school production, where there just aren't enough boy's willing to join in. This however is not the case, when you have a cast with a wealth of industry experience.

So well done for embodying the mannerisms and male form so well.

I struggled to think of any form of criticism about this performance, which for me is a little strange, so credit where credit is due, no technical issues at all, they run a smooth ship at the Everyman. There is only one thing I can think of and that is that I found the ensemble costume very unflattering, each member wore the same basic costume throughout, then layered over it. It resembled a long john type sleep suit, in a dull beige colour, that being said, it did the job and set the scene, they just weren't well fitting.

All in all a great evening at the Everyman and another success for the production team and cast, if you can get down and see the show while you can.

Thank you also to the front of house team, for the kind hospitality.