Lovehistory return to St George’s hall to present a new case of Trial By Jury for audiences to solve. This immersive theatre production allows the audience to become a part of the action and gives them power to decide the fate of those who are on trial.

Lovehistory term themselves a history specialist theatre company and allow history and theatre lovers to combine both passions together. The company have also recently undertaken The Catacombs of Liverpool’s Darkest History Tours and Murder at St George’s Hall Series.

One major positive of this piece is that it is set in the courts of St George’s Hall and the atmosphere is wonderfully unnerving as you aware of many infamous criminals being tried there in the past. Being a fan of murder mystery events this was an enjoyable evening perfect for attempting to solve crimes. Although there were some issues with acoustics and hearing all of the actors, the event it is an interesting and exciting one which makes you feel as though you are a fully-fledged jury member deciding on the fate of the accused. 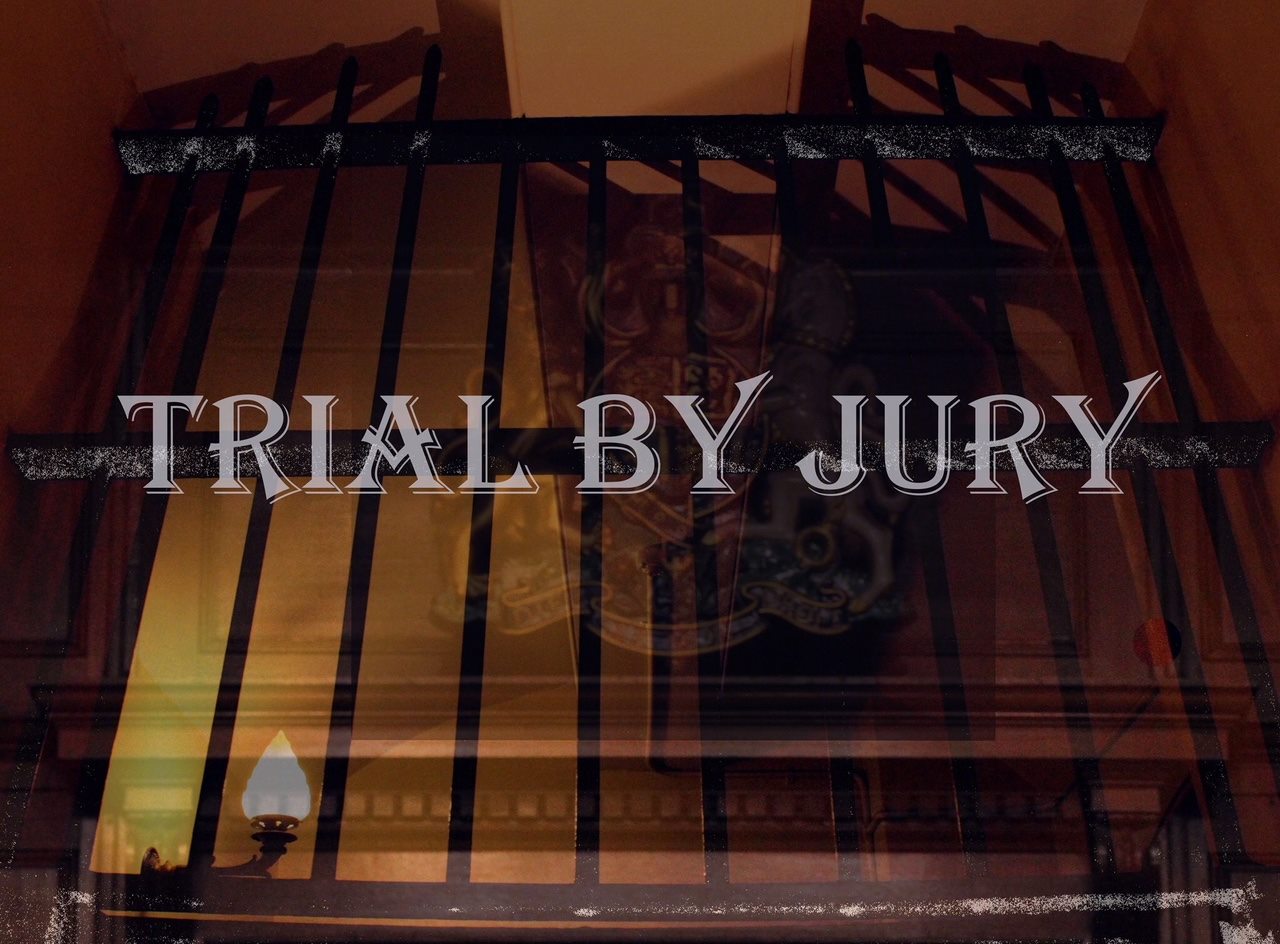 After hearing testimonies from witnesses the audience is asked to go into a separate room and decide; is the accused guilty or not guilty? The group I was in took great delight in discussing it through and at points arguing their own views. For those who love a good court drama this is the event for you. A positive of the performance is that it is based on historical events and the audience is informed of what actually happened to the accused.

The acting was strong from the majority of the cast and they had a difficult task as they undertook a performance which relies on the audience being heavily involved. At times it was difficult to follow as there was a lot of information given and perhaps having some of the testimonies written down and given to audiences would have helped us amateur detectives. It was extremely difficult for the cast to stage also as due to the courtroom seating it meant that viewing at times was obscured. The seating is also not very comfortable, so bring a cushion! The cast did their best to rectify these issues though and being in a real courtroom made it all worth it.

It is evident as to how much the theatre company love history (hence their name) and if you are a history and detective lover yourself then this is the event for you. As Lovehistory themselves say, ‘Put those detective skills to the test as details of a real-life historical court case are revealed.’ My advice would be to bring a notepad and I wish you luck in solving the case.