‘Liver Birds Flying Home’ is a new musical based on the historic BBC sitcom, ‘The Liver Birds’ which gave us the comic duo Sandra and Beryl; two Liverpudlian housewives who had different dreams and big ideas during the 70s. As Beryl stayed in their home city, Sandra flew the nest and this new musical hosts the reunion of these two ‘Liver birds’ forty years later.

Once inseparable, these ladies find themselves awkward strangers and try to uncover whether they can pick up where they left off. Set in the present day with plenty of vibrant flashbacks to their youth, the audience are taken on a journey through Sandra and Beryl’s past to discover the real reason the two ‘dolly birds’ grew apart with some emotional and tense discoveries.

This new musical launch was very fitting in the beautiful Liverpool Royal Court theatre which is celebrating 80 years of Liverpool culture. Liverpool, with its iconic buildings and historic architecture, brings so much magic to this musical and I left the theatre feeling honoured to have witnessed a celebration of the city in its home. 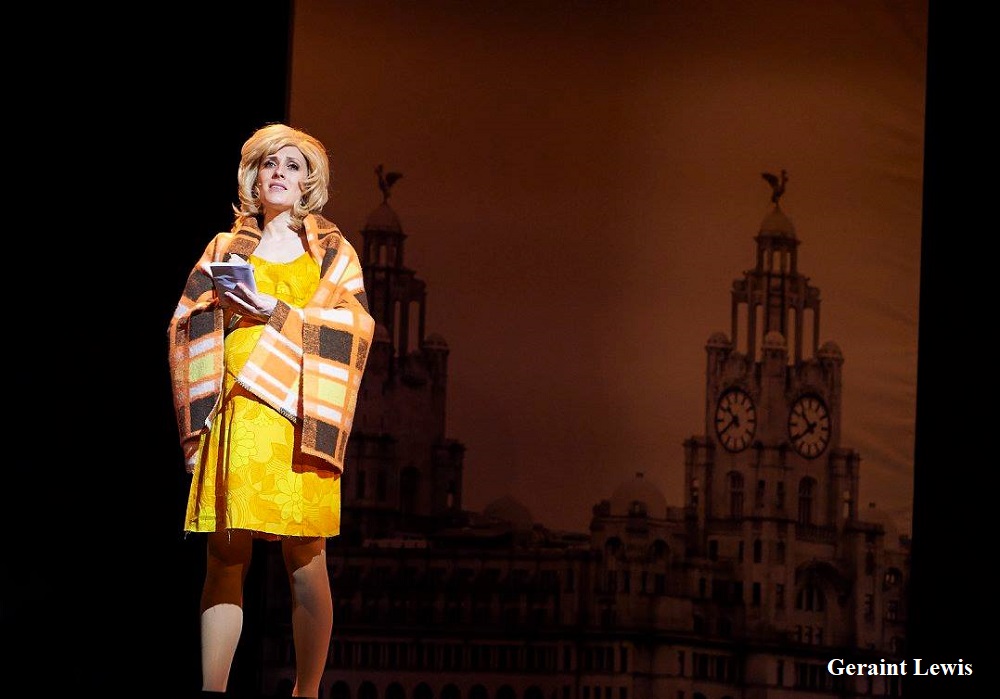 The story line was a little slow to start and I felt a longing to get my teeth into the emotional drama behind this friendship throughout most of the first half. However the talent of the performers and the wonderfully diverse musicality of this show gave it a powerful liveliness that kept the audience interested. “Three Day Week” utilised simple but clever choreography and movement that was highly entertaining and introduced the comic element of this show through young Beryl (Lucinda Lawrence), young Sandra (Nicola Munns) and Billy (Mark Rice-Oxley). This was closely followed by the hilarious numbers, “If Men were Biscuits” and “Got to Keep Your Eye on it” that got the audience really talking for all the right reasons. The diversity of these performers was noteworthy as they all embraced multiple roles and were a joy to watch, bringing forward all kinds of humour, sass, grief and happiness throughout the show.

To complete the cast, present day Beryl (Lesley Molony) and Sandra (Jo Monro) were played much more seriously and the audience physically saw how life had taken its toll on them as individuals and on the chemistry within their friendship. Equally as talented, these performers brought a degree of apprehension and hurting that pulled on the audience heart strings and left us desperate to see redemption.

The set and lighting were fantastic! A wonderful authentic feast for the eyes with iconic places such as the ‘Adelphi Hotel’ and ‘Pier head’ leaving the audience totally engrossed in the city that plays a huge part in this musical. Overall, this show has great potential to be a huge success with some room to grow in terms of creating a little more drama, especially in the first act. I do wonder whether audiences from other parts of the country or the world would get the same pleasure as Liverpool’s Royal Court’s audience did but I can guarantee that any audience would recognise and enjoy the stellar talent that will leave you laughing and crying during this warm musical. I have a feeling we will be hearing about ‘The Liver Birds Flying Home’ again in the future.

The show continues at Liverpool Royal Court Theatre until 12th of May 2018. http://www.royalcourtliverpool.co.uk/whats-on/liver-birds-flying-home/