The Big I Am - Everyman Theatre, Liverpool

The Big I Am is one of four shows performed by the Everyman Company this season and is an enigmatic, titillating re-imagining of Henry Ibsen’s classic- Peer Gynt. Robert Farquhar’s interpretation of Peer Gynt takes us on a journey throughout war-time Britain where we witness Gynt birthed from his mother and officially born a baby-boomer. The story continues to demonstrate Gynt (played by the very talented Nathan McMullen) as a care-free, selfish spirit, lacking any empathy whatsoever and revelling in his own ego and imagination. The play spirals into entertaining chaos as the audience is taken on a whirlwind of twists and turns, often left questioning the significance and sequence of scenes. Amidst the madness, there are moments of tenderness between cast members and genuine heart-breaking, thought-provoking moments that move the audience, creating the perfect balance.

There is rarely a moment when the audience isn’t engaged in an emotional experience, whether it be laughter, sadness or downright amazement. It’s hard to keep up with the action at times but easy to imagine how tiring it must be for the actors on stage (although they make it look so effortless). 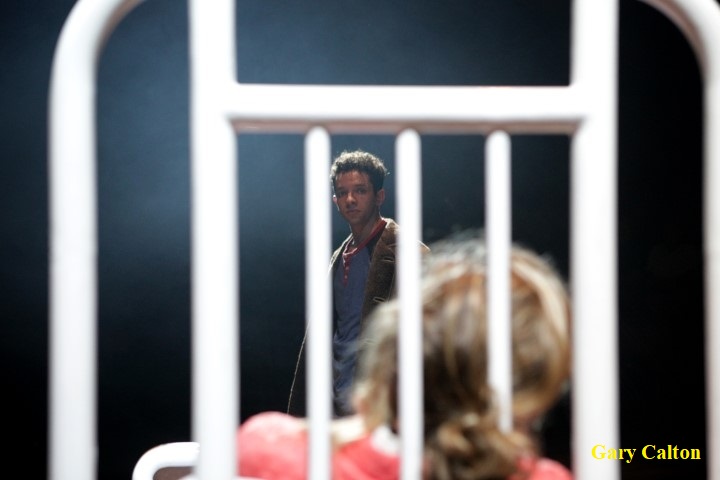 It is no surprise to regular Everyman theatre goers that the calibre of the Everyman actors is phenomenal. Keddy Sutton, referred to fondly as ‘Ma’ on stage by Gynt, is frequently a scene stealer due to her infectious humour. If Sutton is on stage, your attention is usually drawn to her- and for the right reasons! Special mention must also be given to Golda Rosheuvel for her hilarious depiction of Cynthia’s mother. The mothers really did brighten up the first half of the performance.

The evolution of Gynt, represented by Nathan McMullen, Liam Tobin and Richard Bremmer, gave each actor an opportunity to showcase their talents. Proof of this talent is despite the insufferable nature of Gynt’s character throughout the majority of the play, Bremmer’s depiction of Gynt’s last moments pull at the audience’s heartstrings and we can’t help but pity him. All three go on an emotional rollercoaster and brought the audience with them. One thing that makes the Everyman stand out is a faultless cast, all giving 100% effort and energy and complementing each other so well.

Without a doubt, The Big I Am is different. It’s bold, exciting and daring but these are reasons why it is a must- see for many! It will continue to be performed at The Everyman until the 14th July. I encourage anybody to see the company perform, whether it be The Big I Am or one of their other fantastic productions, none will disappoint.