Jinkx was the winner of season 5 of RuPaul’s Drag Race. She is the drag queen persona of Jerick Hoffer and earlier this year she released an album in collaboration with Major Scales called ‘The Ginger Snapped’. They are currently touring the UK with a show of the same name, but if you think they are just performing a concert of the album, then you clearly don’t know Jinkx Monsoon. 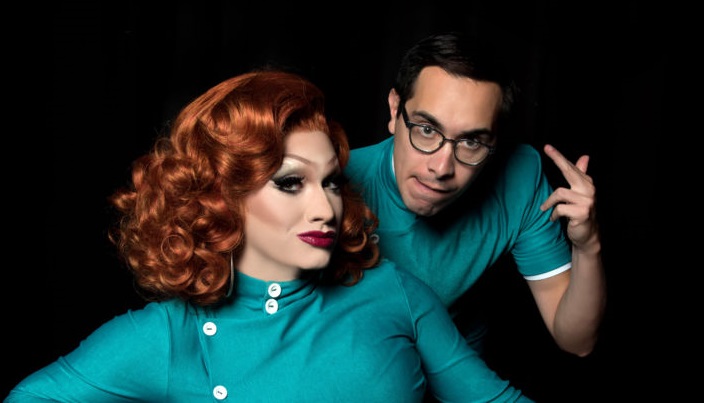 The evening starts with a frantic Major, who is trying to make sure everything is perfect and ready for ‘Miss Jinkx’. He slips the audience too much information, which earns him a telling off and an announcement of her imminent arrival. Jinkx’s arrival on stage is very reminiscent of Norma Desmond in Sunset Boulevard, and how you imagine every Golden Era Hollywood Diva to behave. We are taken on a journey through Jinkx’s mental health issues, told to us through speech and song, just make sure you don’t mention her trigger words! (Bianca Del Rio!)

It was an hour and a half of fun and laughter, with the occasional motivational speech thrown in. A brilliant concept to promote an album and it worked especially well with just the two of them on stage, except for when the Chaise Lounge broke, mid speech (but it was handled with professionalism and laughter!).

Definitely an evening of fun and joy for anyone who is a fan of RuPaul’s Drag Race, or Drag Queens in general and give the album a listen too, whilst you’re booking tickets!!