It is fitting that the Manchester Collective have chosen to present this programme of string quartets which explore the contrast of two extremes (life and death, darkness and light, electric and acoustic) at the atmospheric Invisible Wind Factory.

A former factory situated on Liverpool’s historic docklands, the Invisible Wind Factory sits between two extremes - the newly ‘crowned’ Royal Albert Dock, awash with its myriad tourist attractions and the largely undeveloped Huskisson Dock. The Invisible Wind Factory was founded around the same time as the Kazamier collective’s original club venue was swallowed by the waves of gentrification and luxury flats currently sweeping through Liverpool’s city centre. The new space is both sparse and evocative, providing the perfect backdrop for this performance of Schubert’s ‘Death and the Maiden’ String Quartet and Crumb’s ‘Black Angels’.

The combination of the Kazamier and Manchester Collectives seems to be a true meeting of minds as both companies are determined to redefine how audiences engage with the arts, pushing boundaries to create exciting work. 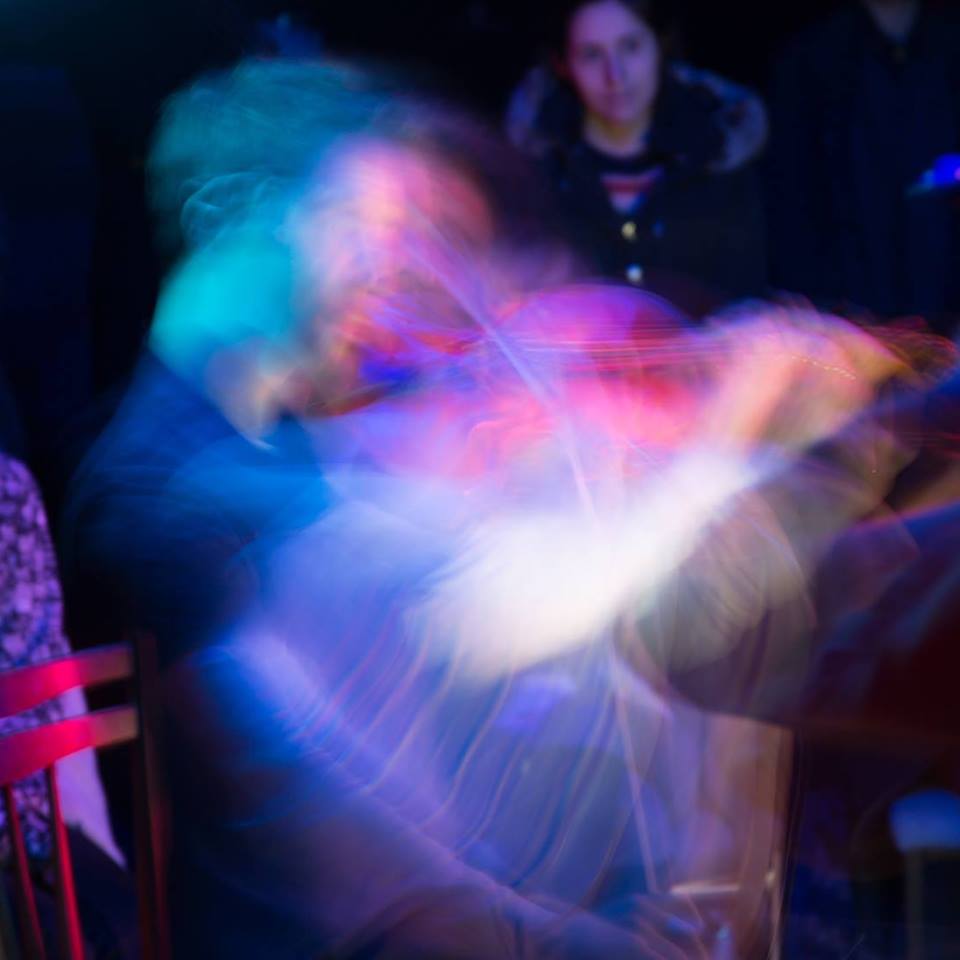 As ever with the Manchester Collective, this is wonderfully executed classical music without the pomp and circumstance that traditionally accompanies it. Crumb’s work states that the performers be arranged in a box formation, facing one another. The Collective develop this further, wrapping the audience around the quartet. The audience are close enough to see the music – including, in the case of ‘Black Angels’, its fascinating markings and performance directions (‘Sit, Rest, Wait’). We can see the effort of the musicians, their profiles and perhaps the face of the performer opposite us. However, most importantly, we can see one another.

This is a collective experience as we delve into the depths of Crumb and Schubert’s works. ‘Death and the Maiden’ is a truly iconic work, written as Schubert contemplated his own mortality and imminent death. It is a piece full of contrast as dexterous runs meet powerful chords, but the overall sombre tone of the piece is as inescapable as the shadow of death was for Schubert writing it.

It is evocatively performed by Singh, Thorarinsdottir, Gibson and Trygstad who relish the piece’s devilish intensity and find the humour in Schubert’s sadness. This is an incredibly hard piece so the odd note that doesn’t quite sing as it should or fleeting moments out of sync are forgivable and add to the overall drama of the work. Crumb’s ‘Black Angels’ is something else altogether.

The Manchester Collective don’t do programme notes but instead each piece is introduced highlighting themes and things to ponder. And ponder we did! Crumb’s work, written in response to the Vietnam War, feels relevant to the troubled times we live in. He adds some extra instrumentation to the standard quartet - crystal glasses, thimbles, paperclips. These are - as one performer noted following the performance - not the sort of things you are taught to play in your Violin lessons! This is a work of organised chaos, a soundscape of texture, harmony and dissonance.

It is a piece that is both bewildering and fascinating and it is superbly executed by the performers. The Manchester Collective’s democratising approach was in evidence as the performers returned after their final bow to talk to the audience, pointing out moments in the score, discussing the tricky passages, debating the composers’ motivations and methods.

This is a company who are doing some very exciting work and it will be interesting to see what they tackle next.