Following the success of the production of Romeo and Juliet and A Midsummer Night’s Dream in 2018, Daniel Taylor Productions is back with ‘the Scottish play’ Macbeth, which is set to run until the 16th March. Familiar faces appear in the cast list, including Sean Jones, who plays the role of the tortured Macbeth and is known for his role as Mickey Jonstone in Blood Brothers (which he has played for almost two decades.)

Tackling a Shakespeare play is no easy task, and Macbeth is a relentless tragedy full of intensity and raw emotion. It is a tale of consequence, particularly for Macbeth and his villainous wife Lady Macbeth, as their ambition overwhelms them and begins to destroy their lives and their psyche. The play famously opens with the three ‘Weird Sisters’, arguably one of the most famous scenes in British theatre, however this production’s take left me feeling underwhelmed. 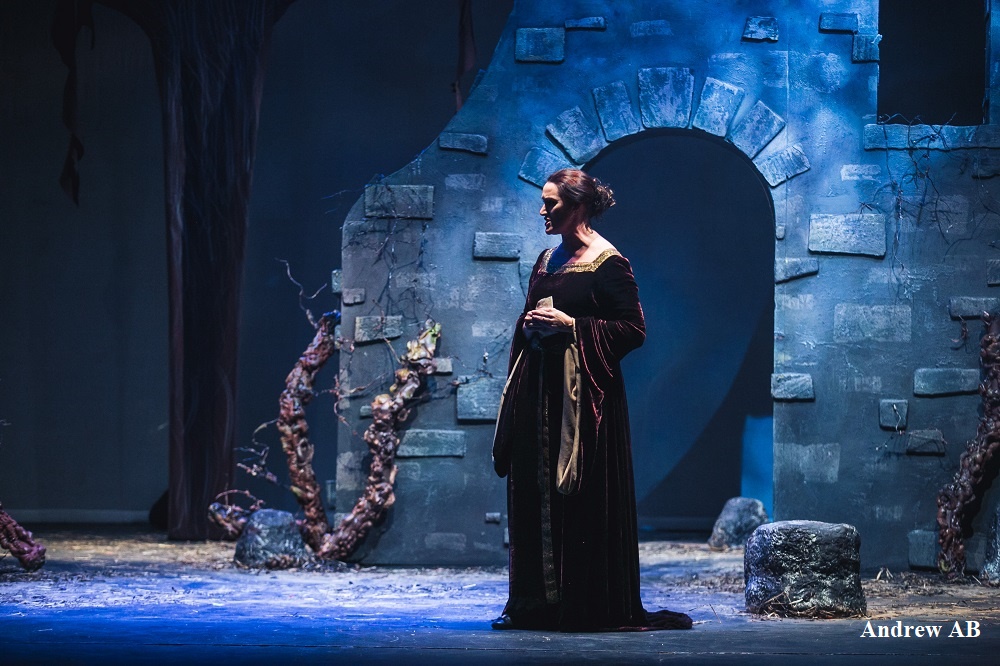 Their sinister, ambiguous presence should inflict a sense of unease on the audience, particularly due to how intimate the beautiful Epstein theatre is, however this was not the case. It took a while for the play to take life, however the entrance of Lady Macbeth, played by Tracy Spencer-Jones, added a new dimension to the play. Her first soliloquy which she spends expressing her desires to help her husband usurp the throne through an act of treason was enticing and believable.

Both Jones and Spencer-Jones perform best when with each other. The toxic relationship between Macbeth and his wife is performed well and avoids being overly dramatic which can often be the case with any Shakespeare production. The musicians that were not so subtly situated at the back of the stage was unfortunately very distracting. The music often felt inappropriately timed and did not have the desired effect of adding intensity to the scene. Their visibility in particular took away from the drama on stage.

The cast handled the challenging dialogue well and the majority of the play ran seamlessly in that respect. Particular stand out performances were given by Lenny Wood, an actor, writer and comedian born in Liverpool. The scene with the Porter is often dismissed in productions of Macbeth, however Wood’s was definitely a crowd pleaser. The scene very much served the purpose Shakespeare intended, giving the Epstein audience time to recover from the dramatic scenes that had previously taken place on stage. We will certainly ‘remember the porter’ after Wood’s performance. Ethan Holmes moved the audience with his performance as Macduff, gaining a well-deserved applause of his own. His stage presence is captivating and adds an appropriate amount of intensity to the scenes.

There are several elements of this production that are excellent, however unfortunately some aspects of the production interfere with the brilliant performances of the cast.