Messiah is an English-language oratorio composed in 1741 by George Frideric Handel with a scriptural text compiled by Charles Jennens from the King James Bible and is one of the best-known and most frequently performed choral works in Western music. Whilst initially written for modest vocal and instrumental forces, in the years following Handel’s death the work was often adapted for performance on a larger scale with giant orchestras and choirs. In recent years the trend has been towards reproducing a greater fidelity to Handel’s original intentions.

The three-part structure of the work approximates to that of Handel’s three-act operas with the parts subdivided again into scenes which take the form of recitatives, arias and choruses. There are two instrumental numbers: the opening Overture and the Pastoral Symphony halfway through Part I. The text begins in Part 1 with prophecies by Isaiah and others and moves to the annunciation of the shepherds. In Part II the focus is on the Passion ending with the Hallelujah chorus. 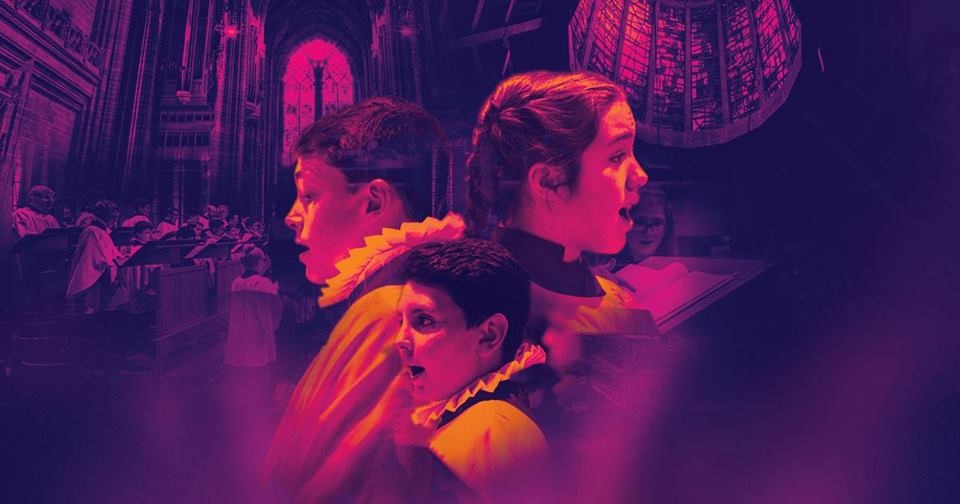 In Part III we have the resurrection of the dead and Christ’s glorification in heaven.

The circular Metropolitan Cathedral offered the perfect setting for the piece with the Liverpool Mozart Orchestra conducted by Christopher McElroy arranged in a semi-circle right in front of the audience to create an in-the-round effect with the combined choral arrangement from Liverpool Metropolitan Cathedral Choir and Liverpool Cathedral Choir in front of the central altar and beneath the crown of thorns. Sat between them were the soloists: Barbara Ruzsics (Soprano); Danielle Louise Thomas (Mezzo-Soprano); David Lee (Tenor); and Stuart O’Hara (Bass).

The orchestra was accomplished, and I particularly enjoyed the trumpet in Part III: it certainly did sound! The chorus were proficient and to be commended bearing in mind this was two choirs brought together and perfectly captured the power and joy of the piece along with the later more sombre tones. It is much to McElroy’s credit that he brought these three strands together so well in unison to give a subtle and well-meaning reproduction of Handel’s intentions.

In terms of the soloists, I struggled with the pieces from Lee, Thomas, and O’Hara and wondered if my position to the side (in effect level with them) was affected by the acoustics of the venue. When I moved to a different position I still found that they were not really projecting, Lee in particular, and it was not as if the orchestra was playing too loud. This was confirmed by the appearance of Ruzsics, following the Pastoral Symphony, who took full command of the stage and was a delight to listen to.

As an aside I wonder if the orchestra was too close and level with the audience which meant that anyone sat too far back or to the side couldn’t necessarily appreciate the full performance? Perhaps if the orchestra were on the podium in front of the altar with the chorus behind (and I accept this involves a little more consideration with staging) then the in-the-round performance would be all the better for it. Having moved following the interval to a central position I was able to get a much-improved sense of the overall performance. I must note that this is an amateur production and with ticket prices at a quarter of what you might pay for a full production it was a perfect introduction to this famous piece.

The Liverpool Mozart Orchestra is one of the UK’s leading amateur orchestras, further details at www.livermozart.com