Liverpool born writer Steve Bird presents four of his short stories about everyday people’s lives and how there is often more to them than meets the eye: the ubiquitous second glance.

Bus, directed by Bryony Thomas, sees a man (Nick Browne) confronting the behaviour of two girls (Caitlin Bradley and Bethany George) with their conversation rapidly descending into fury as a female passenger (Emily J Carter) becomes involved. A scene change takes us to Bradley’s home and with the arrival of DC Maher (Edward Donnelly) to see her parents (Pam Ashton and Alan Kenny), a nightmare begins to unravel.

Sweet Old World, also directed by Thomas, lands us on the roof of a block of flats where young Nikki (George) walks along the edge. Dave (Greg Vicary) appears and alarmed, endeavours to convince her not to do anything stupid. In one of those rare moments brought on by circumstance, both characters reveal to each other, although it is the arrival of the janitor (Ashton) at the end that highlights that all is not as it seems. 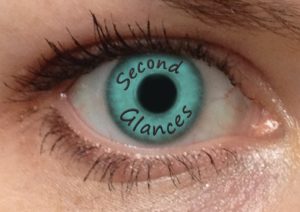 Dancing with Catherine, directed by Rachel Smart, takes us into the home of Stan (Andrew C Husband), an apparently elderly widower whose carer, Katy (Thomas), has arrived to prepare his evening meal and listen, again, to his tales of derring-do from his younger days, but it soon becomes clear that his memories are not all they are cracked up to be.

Kid Gloves, directed by Sarah Gould, introduces boxing talent the Kid (Vicary), preparing for his evening bout with guidance and pointers from corner man Stan (Kenny), who dresses his hands for the fight. But when Barney (Browne) arrives just before the bout to announce he is the Kid’s corner man we are left in doubt as to what will follow.

Bird is a competent observer of human interaction and the four pieces were enjoyable with their respective twists that elicited a suitable response from the predominantly family and friends audience, but at 15-20 minutes in length they would not stand up to the rigour of a full production. My following observations are offered in the hope that Bird will develop them further.

Bus has too much going on for its short duration. There is a clever idea at the heart of it that could be explored more fully and allow the inconsistencies in plot, forced on it one assumes by its current length, to be resolved. It’s challenging for a large cast to come across in a short piece although Bradley, who straddled both scenes, gave a strong performance.

Dancing with Catherine was poignant with Husband’s performance especially moving. I liked the clever use of props on a minimal stage to make the scene authentic. There is certainly a longer piece in here, perhaps one that extends beyond the action on stage tonight?

Kid Gloves was perhaps the weaker of the pieces: an interesting idea but interwoven with at least one too many cliché-ridden lines that made it feel more like a funny story to be shared in a pub.

Sweet Old World captured character and emotion perfectly with some insightful observation tinged with moments of humour and sadness and was beautifully delivered by George and Vicary. I’m a long-time fan of Vicary having seen his triumphant Mark Antony in LNTG’s Julius Caesar last year. I am thrilled to have discovered George whose performance belied her younger years and I look forward to seeing her future work.