Imagine that the only person you feel you can talk to is the Pig you’re experimenting on for your masters degree. That’s Lucy’s situation. She’s in a volatile relationship, her relationship with her father is strained and the one with her mother is non existent. Her work supervisor can barely function on a day to day basis, owing to her OCD, so the only person Lucy feels she can turn to is their Pig, Percy. Lucy tells Percy everything on their night shifts together and this is how the audience pieces together Lucy’s story.

This one act play by Sarah Power takes you through a complete range of emotions, one second you’re laughing, the next you’re close to tears. 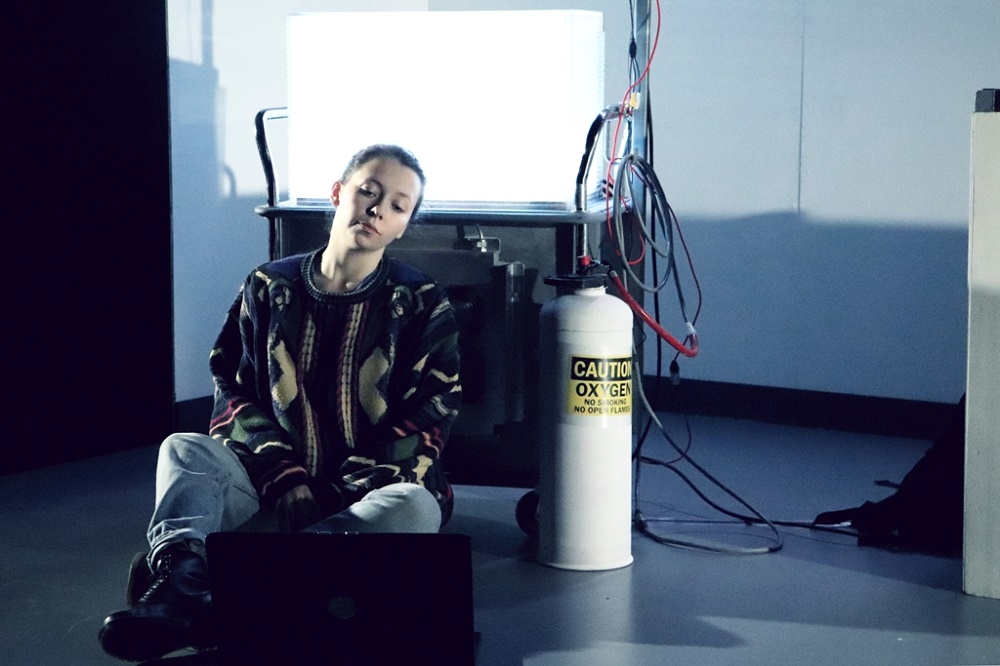 It has been well written, considering the majority of the play is monologue, but there are times when you really believe Percy could be answering Lucy. Abigail Middleton gives an outstanding performance as Lucy, whilst Karen Young as Lucy’s Supervisor, Maria, gets the OCD of her character down to a tea. Both actresses work extremely well together and everyone involved should be proud of this piece they have created. The play deals with different Mental Health issues and shows how different people react to them. It is a play that is designed to stay with you well after you have left the theatre, and this is what it does.

The lighting design, by Matt Jones, was clever, whilst the play took place in the laboratory, it was clear to see when Lucy was having flashbacks to situations, which was helped by the sound designer, Kate Harvey. Everyone involved has worked hard on this and it shows. There are times when a one act show feels like it is going on for hours, but the hour and fifteen minutes flew by. I’d go back and watch it all over again, if I had the opportunity!