Spiders are scary, terrorists are scary. Cancer is really scary BUT monogamy?

This was taken from last night’s production of FourPlay by Jake Brunger at the Royal Court Theatre in Liverpool. Directed by Josephine Sherlock.

A short summer art of the play is that Rafe (James David Hill) and Pete (Ryan Cretney) are in a bit of a rut they have been together for 7 years (7 and half to be precise). Due to their lack of sexual experience they seek to have one last brush and one last fling so they ask their mutual friend Michael (played by Liverpool comedian Eddie Fortune) despite having a partner Andrew. 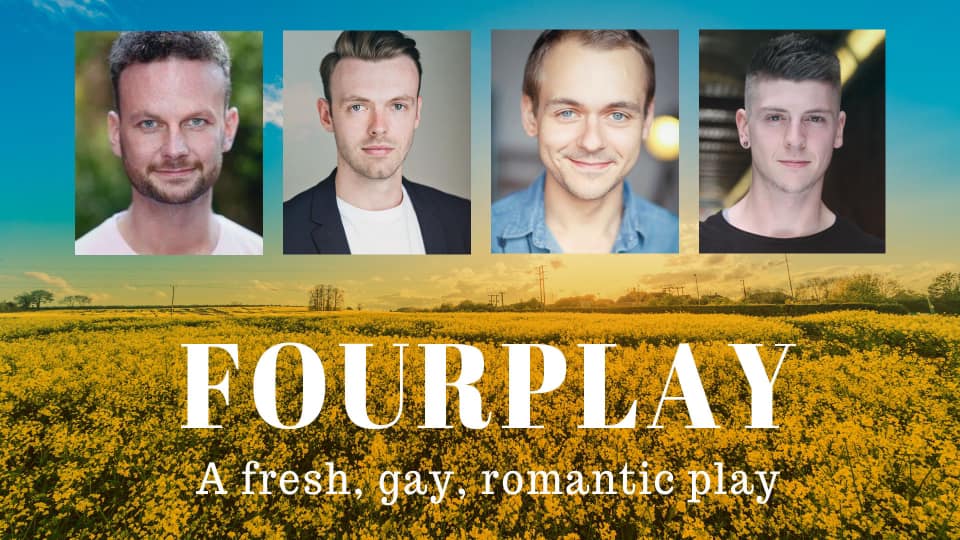 As the play goes on it explores how complicated a fling could be and the hurt it can cause. This is a comedy play and there were many laughs with great timing from the cast. There were the odd miss haps on stage however this was probably due to first night nerves. The cast handled it very well they kept in the moment and was a testament to their comedy timing that they could make the audience laugh despite the miss hap of the broken glass.

The stage did seem to have a lot of props on it which sometimes made it hard for actors to move around the area. This play contains sexual content so be aware when watching. This was a great production full of laughs and surprises and would encourage more people to go and watch it. I hope to see more from Fortune Productions and indeed the cast in the future.