Last night I had an impromptu pleasure to reviewing Ireland’s Call, a one man shows performed and developed by John Connors. The show was 55 mins in length followed by an audience Q&A with John and the Producer of the show plus a representative from the Royal Court. It has been performed around the world and is now ranking 60 plus shows from theatres to schools to rehab centres. It debuted as part of the Belfast International Festival.

A short synopsis taken from the website “Follow the lives and family histories of three young men as they grow up in Coolock on Dublin’s north side. What shapes them and entices them to a life of crime? Examining issues of class, religion and identity, this new play is an unflinching exploration of the Irish psyche, bringing our collective guilt’s, secrets and flaws to the surface.” 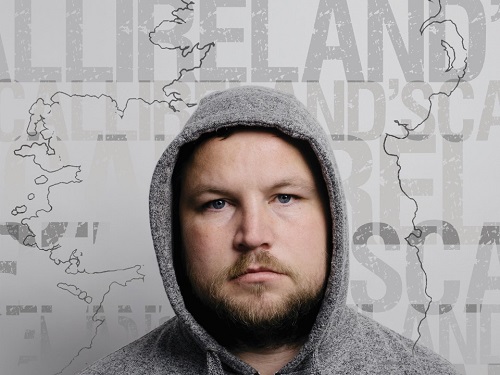 The piece itself was thought provoking and indeed powerful. Although there was an almost sold out audience it felt as if me and actor John were one on one. The piece had comedy elements peppered within the piece a bit of a black comedy in truth. But you were bought back down to reality by the honest, raw and truthiness to the piece. I felt that John was telling us a story and achieved that, however, I felt he could have offered us more eye contact when talking to us there were moments he looked to the very back of the room, I wanted to scream out I’m down here. The audience were moved by the piece offering moments of relation to their own lives. In the post-show discussion John spoke of how “what isn’t said becomes a trauma and most people aren’t aware of trauma” he later mentioned when asked why is it a one man show? He replied “the inspiration of a one-man show is that if its shit, there’s no one to blame but himself, I wanted to go straight to the point.

Whilst some audience members as they left didn’t agree with the language at times, I felt it was poignant and if your going to thought provoke and shock then you need to tell it as it is and sometimes this involves the odd swear. I hope to see this again and if you see it on I urge you to go and watch and ask the questions you may have as John himself mentioned how he learns from the Q&A sessions.