This week, Make it Write Productions has put on Start Square, a new play by Sharon Colpman. Start Square tells the story of Arthur Watts and his struggles in life after his wife leaves him. When Dorothy Fry appears on the scene, secrets start to be revealed.

Sharon Colpman’s script is great. The way she drip feeds information through the play to keep the audience guessing is brilliant. At times, the monologues can get a little confusing though as to whether they are meant to be direct address or not. Michelle Etherington’s set design is fantastic for such a small space and Rachael Statham’s lighting helps to show different locations. I did feel the music could have been louder during scene transitions though. 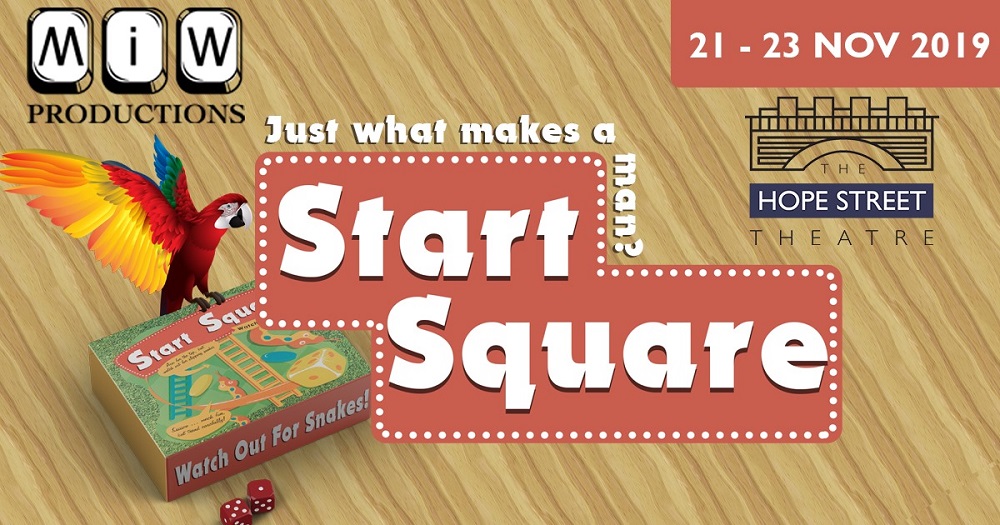 John Jones leads the cast as Arthur Watts and he is clearly no stranger to the stage. During his monologues you could hear a pin drop – he is completely captivating and he gets to show a good range in his acting ability. Frances Broudie-Oldridge is equally as brilliant as Dorothy Fry. She portrays the shift in character brilliantly and the developments in relationship with Jones as Arthur is great to watch. Jade Sarah Cunningham’s provides the voice of Watts’ pet parrot Peter. She is a fantastic voice actress and brings the animal to life brilliantly. Davy Jones and Paul Jamieson must be mentioned for their exceptional work on the animatronic parrot. The way it moves is very believable.

The cast features some great performances from supporting actors as well. Em J Carter is exceptional as Sally and Mary Wise. She brings her three characters to life perfectly making them completely different. Her accent work is strong and her comic timing is brilliant. Catherine Fahy and Lew Freeburn are both very good as Jean Watts and Young Arthur. They are very underused but really do shine in their one emotionally charged scene.

Start Square is a great production of a very interesting play that takes lots of twists and turns. I hope this show develops into something bigger and gets another longer life in the future.