As they say in the play, “Perhaps it’s a generational thing,” but Honour did nothing for me. The play opens with an older man, a respected journalist, George (Henry Goodman), being interviewed by Claudia (Katie Brayben), a young woman wanting to make her mark in the world of publishing.

The next sequence of events was embarrassingly predictable as the older guy falls in love with the younger woman and decides to leave his wife, Honour (Imogen Stubbs), of 32 years. What I think was meant to happen next was some sort of exploration of what love means. What I got, was a dialogue which felt like a monolithic-monotonous-middle-class-middle-age-monologue of what loves is, or was, or should be. If I was being kind, I would say it was deep but dry. 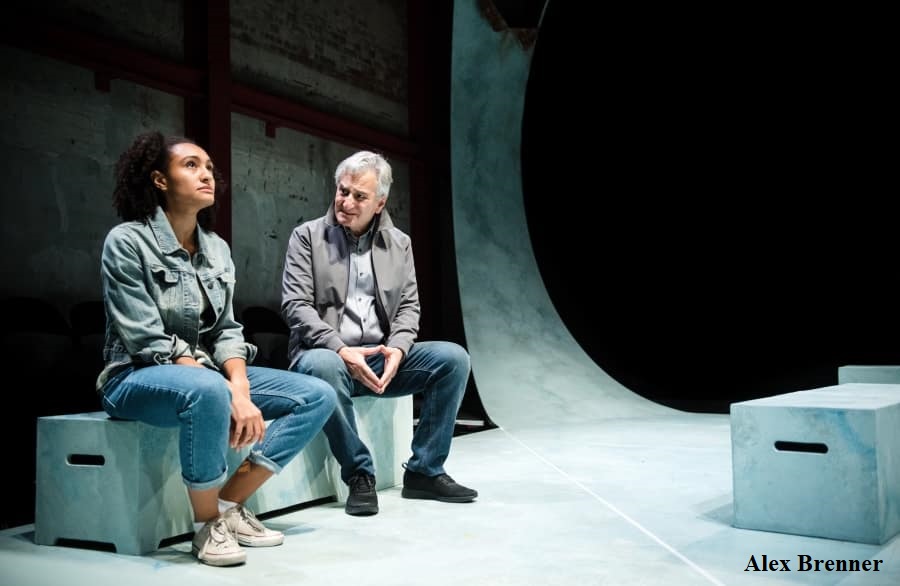 Scenes rambled into each other including the daughter, Sophie (Natalie Simpson), who *shock horror* is only a few years older than the affair woman – but aren’t they always? None of this should’ve been any surprise, nor should it have been any surprise that Honour is a spineless victim of a wife who doesn’t know who she will look after now. For that, it appears, is her only role in life, although we are to believe she could’ve been a successful writer. I doubt it.

The themes addressed were the stereotypical youth vs age and some fleeting existential crisis that was so shallow it murmured across the stage and petered into nothingness. And most scenes, especially after George had left Honour, made little sense. Not only was the “passionate affair” the most cringe-worthy and awkward thing I’ve ever seen straddled across a stage, but I struggled to follow why Claudia was invited so intimately into the lives of the spurned wife and daughter and for them to take her into their confidence and bare their souls like she was some sort of trusted counsellor. But this was obviously part of the narrative structure, which for the most part, felt more like nagging than any sort of theatrical experience.

But perhaps I was not the right audience goer for this sort of thing, where getting frisky involves avocados. Perhaps I am the sort of audience member who wants to feel engaged, who wants to feel they have a choice, rather than some Neolithic nimbyism’s shoved down my throat. Perhaps I should’ve been impressed by Honour’s pretentions to be pretentious with all it’s high-brow references, but instead I found myself cringing at the predictably patronising clichéd tone of this play and thinking to myself: If I was a few years older, I’d storm the stage in rage and kill the cheating bastard.