The Jury - Upstairs at the Gatehouse

Courtroom dramas offer plenty of content gold to mine – the crime, the victims, the perpetrators – the why, why, why of the motivations. And usually such action centres on the barristers, the police, the people building and defending the case. But ‘The Jury’ looks at the jury, the twelve men and women called to serve justice on the accused.

Who knew a musical could be so intense, so vivid and so right for a production? But Joseph Meighan has directed a masterclass in how to create a twisty, suspense filled production that keeps you on the edge of your seat. 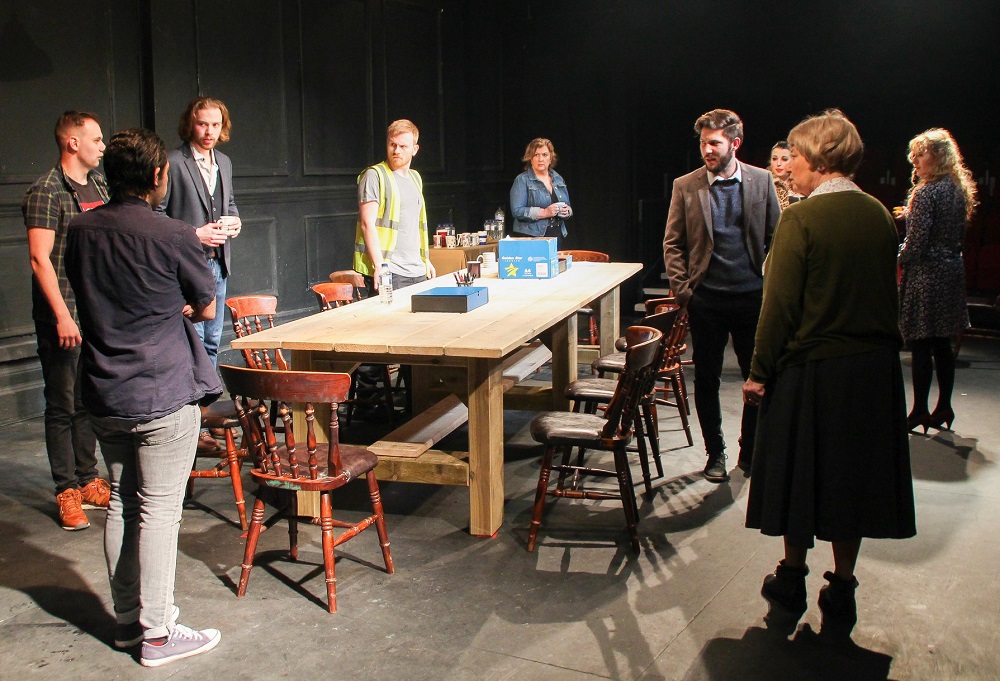 As the twelve jurors seek to find the truth about the murder case before them, it soon comes to bear – do they even want to know what the truth is? The truth is painful; it uncovers their individual secrets. The jurors are complete strangers: ordinary men and women called from their busy, everyday lives to fulfil their duty. Life gets in the way, preconceived ideas get in the way, trying to get away gets in the way.

Being a juror is a huge responsibility. The twelve jurors offer a wide range of easily recognisable characters pulled straight from life. Debbie (Bethany Grace) is a particular highlight and her role-play scene was comedy gold. Hannah (Laura Meaton) moved the audience with her scene on loss, and Jodie (Katherine Victoria) played the chavette role to perfection. Amy Fletcher (book and lyrics) has done a stellar job in ensuring the script is realistic and insightful, but also peppered with comic moments. The music (Ashley M A Walsh) is both atmospheric and at the forefront.

Being an audience member means you become part of the jury yourself, and at times some points can feel a little slow, laborious and over-explained, but perhaps that’s just like real life? ‘The Jury’ is an illuminating and gripping musical that intensely shines a light on the citizen duty that could befall – and disrupt – any of us, one day.