The Cellist - The Royal Ballet at Royal Opera House

Cathy Marston’s first work for the Royal Opera House is a lyrical memoir of the life of the cellist Jacqueline du Pré from her discovery of the cello through her celebrity as one of the most extraordinary players of the instrument to her frustration and untimely struggle with multiple sclerosis.

The piece starts with The Instrument (Marcelino Sambé) lying, unplayed. Awoken by the echoes of past performances, it is inspired to tell us the story of one of the great players and how a little girl (Emma Lucano) with her sister (Lauren Godfrey) heard the sound of the cello and fell in love with it. How her mother (Kristen McNally) began to teach her until her talent outgrew the teaching and led her to new teachers and a community of musicians where now as a young lady, The Cellist (Lauren Cuthbertson) meets a Conductor (Matthew Ball) who became her soulmate, and driven by their music, they became celebrities and married and embarked upon a whirlwind tour of concerts.

Until the day she began to flag, unable to keep up, and their relationship starts to unravel. 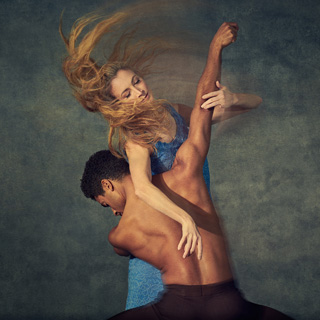 This was more than tiredness; she was sick with an illness that would destroy her nerves, rob her of the ability to play, and ultimately take her life at the young age of 42.

It is not a story of surrender however but rather one of fight and legacy: fighting to keep playing until she could play no more and the instrument fell silent and was shut away. Her legacy the memories of those who heard her play and the recordings she left behind.

Marston is a specialist in story ballets and her own direct experience of multiple sclerosis through her mother gives her the necessary insight and sensitivity to tell this tragic story through the eyes of Sambé who is loving and watchful whilst bringing an erotic undertone to the way he fits into Cuthbertson’s body, who in turn captures the joie de vivre of du Pré in a nuanced and intelligent performance as we revel in her playing through their dance routines which are exquisitely beautiful and owe much their on-stage chemistry and serves to highlight that this perhaps where her heart lies rather than with Ball, the resplendent and dominating man in black.

And it is just as we are becoming more delirious with the music and dance and reaching a crescendo, that Cuthbertson becomes staccato and shakes, the first indication of her descent into a personal hell and it is a fall that transforms her far too quickly as this unknown terror takes hold of her in a moving performance of a story that demands to be told and despite knowing how it ends, the nature of Cuthbertson and Sambé’s combined performance left me drained and saddened at the end.

The set from Hildegard Bechtler is strikingly simple yet clever as we seem to be within the body of a cello. The accompanying dancers represent objects from cupboards to record players, and most importantly the other supporting instruments of an orchestra. Composer Philip Feeney incorporates some of the most moving and powerful cello music of Elgar, Beethoven, Fauré, Mendelssohn, Piatti, Rachmaninoff, and Schubert, into a delightful score with its prominent cello accents played beautifully by soloist Hetty Snell, serving as a wonderful tribute to the wonder that was Jacqueline du Pré: bravo!

The Cellist Is available to view until 11th June 2020 via https://www.roh.org.uk/