I’m Standing Next to You - HOME, Manchester

I’m Standing Next to You is part of the 2017 PUSH festival currently taking place at HOME Theatre. The non traditional play is performed in the style of promenade in the theatres gallery space. It focuses on the theme of loneliness and how in a world more connected than ever why do more people feel isolated.

The audience all shufﬂe into the space at the HOME unaware of what is about to happen. Together we all form a crowd of strangers, all looking at each other waiting for the show to begin. A young girl amidst the audience begins to tell her tale. She is Anna, a young new mum who is struggling being away from work and feels she is isolated with no adult interaction. She regularly checks her email to ensure she's not missing out on the world around her. This only makes her situation worse as it makes her question why she is not invited to social events and why no-one has asked about her baby.

The second actor begins to speak and the audience move swiftly around him. Matthew Forey is playing Joe who dreams of being a ﬁlm editor but feels trapped in his call centre job. He uses social media to compare himself to others. Regularly checking on Instagram to see what his friends are up to, to see what he could be up to if it wasn’t for his job. Joe’s character is incredibly relatable to many in the audience as people nod their heads in agreement and exchange knowing glances with friends.

The ﬁnal character we meet is Rosie who is played by Lucy Hilton-Jones. She is a single girl who is obsessed with the modern world of dating to try and ﬁnd “the one”. Her tale is brilliantly performed and hilarious to listen to. Yet despite the humour there is an underlying seriousness issue being explored. Is it really okay how obsessed the world is today with a Apps such as Tinder? Not allowing us to get know somebody and simply judging them from a picture.

The show works to this format for an hour - cutting back to each character as we learn more about them through a series of monologues. This is a very clever format as the audience are kept intrigued and wanting to learn more of each story. The show raises some very important issues about the world we live in today and really does emphasise how lonely people really are. The way that the characters are weaved into the audience makes you aware that anyone can be suffering and lonely people are all around us.

I’m Standing Next To You is on at HOME on the 16th & 17th January and is not to be missed. 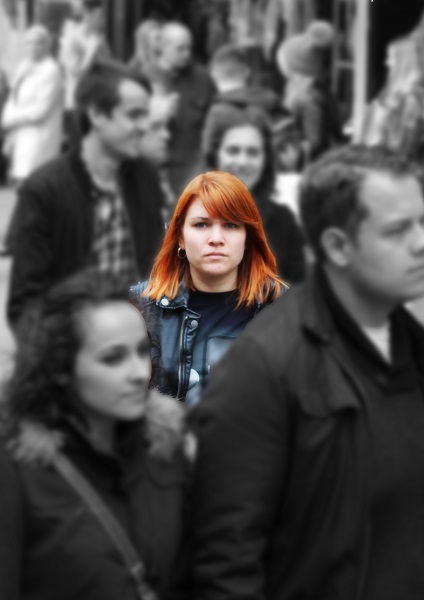