The House of Bernarda Alba, La Casa de Bernarda Alba, was originally subtitled, 'A Drama of Women in the Villages of Spain.' It is a dark and bitter, comic tragedy by Spanish playwright Federico Garcia Lorca and is Lorca's last play. Two months after completing The House of Alba, he was killed during the 1936 Spanish Civil War, for his left leaning politics and for being gay. It is one of three plays in the 'rural trilogy', Yerma and Blood Wedding being the other two.

The original play portrays the events taking place in a 1930's Andalusian house, during a period of mourning. The domineering and powerful matriarch, Bernarda Alba, takes tyrannical control over her daughters and maid, and is a tale of both love and loathing.

The question is, can the plays' themes be universally recognisable? With quintessentially Spanish heritage and identity, is the play transferable in time and location or will it lose its poetic language and impact with a new contemporary vernacular. Yusra Warsama, also a performance poet, actor and writer, is making her directional debut, and asks, "What if Lorca was a Manc? "What if the women he paints with words are from South Manchester with a Mother who 'done good'? Bernada's husband has died, and she tells her daughters they must mourn his death for a period of eight years. What follows is the loss of personal freedom and sexual denial, eventually leading to tragic and dramatic consequences for the entire family.

Tonight's version of the play was workshopped over the last 7 days, into a 30 minute experimental, script in hand play. Moments were captured from Lorca's original version of the play, rather than a fully formed narrative; as Lorca described, it was presented as "a photographic documentary”.

The all female cast create strong, credible and recognisable characters, and with the help of great lighting and strong visual language, a dark, explosive and brooding world comes to life!

It was an absolute pleasure to witness this story about a diverse and multicultural Manchester that speaks directly to the audience.It's encouraging to see Islamic characters portrayed in a positive light and also how the plays' theme and poetic language can be translated in today's modern and diverse society.

It wouldn't be appropriate to include a star rating for this embryonic production; I look forward with interest to its further development into a fully formed play under the direction of the talented Yusra Warsama. 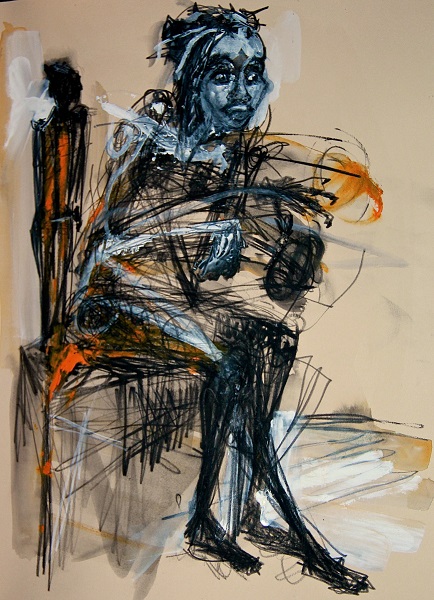