You/Me/Tomorrow begins normally enough. A married couple are preparing the table for dinner. The man has invited his boss round to dinner and is full of nerves, fussing about the cutlery and the crockery and what music would be most mood-appropriate for this important engagement. His wife gently mocks him but is patient, kind, supportive. The plain boring plates are upgraded to the “ponce plates”, the forks adjusted, the iPod shuffled. But they just can’t seem to agree. Not on the table settings, not on the song choice, and most definitely not on how they met. Because his boss is bound to ask how they met, surely? So, it’s important they get their stories straight.

Only this is where everything starts to get a little wonky.

As the man and woman begin to argue about seemingly inconsequential details, two figures clad in black wander into the frame and start shifting things around. Their black garments denote the ninja cloak of the stagehand, but their balaclavas lend them an air that is simultaneously comic and menacing. By their handiwork, a lamp disappears one moment and three appear the next. Plants proliferate. Glasses accumulate. At the same time, the argument rages on whilst on the news, outside, Manchester is on fire and no-one knows why.

It’s fair to say that things escalate quickly. Before you know it, our two protagonists are screaming at each other about who gets the kids after the divorce, whilst a chair that was on the floor is upended on the table. And suddenly, whatever riot was raging on out there is very much in here.

In 45 minutes, the 1121 Collective manufacture an enjoyably surreal descent into anarchy, where one man’s fact is another woman’s fiction and reality is in the eye of the one who remembers it.

It’s hard to think of a more topical theme in today’s post-truth world. 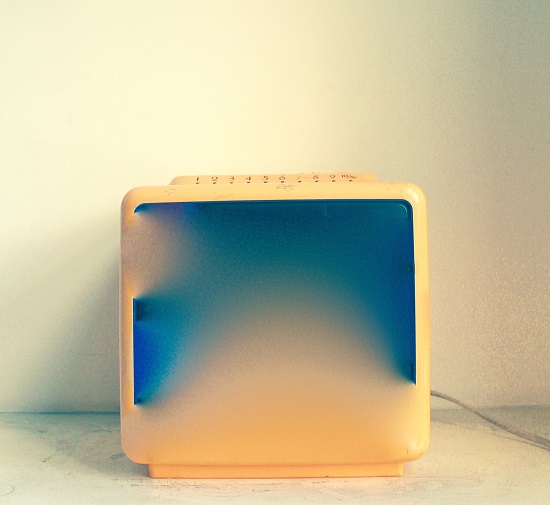