I don't think there are many shows out there that are as entertaining as Michael Flatley's feel good live shows, and that's been the case for over 20 years now, entertaining audiences around the world and now it's back in Manchester with a brand new version at the glorious Palace Theatre to find out how the new show compares to the original?

Michael Flatley's Lord of the Dance opened at the Point Theatre in Dublin over 20 years ago and the show has travelled to every corner of the earth breaking numerous records and winning plenty of awards and accolades along the way, but after two decades, it was due an update.

The new show has reinvented the familiar old format under the new title 'Lord of the Dance - Dangerous Games'.

So what's different, well not all that much to be fair, the new show has all the charm and talent of the original but it has evolved; there's now robots, pyrotechnics and unicorns.

The show opened at the West End and has since moved on to tours of America, South Africa and Europe. 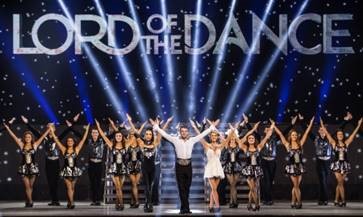 The start of the show is a sign of the updates with a video introduction with Michael Flatley and his son; Michael St James Flatley appearing on the large video backdrop to start the show with a giant clock which takes us to the show, the dancing is the main reason to come to this show still, the plot is fairly flimsy and the addition of unicorns and gym wear may put off some traditional Irish dance fans but the show is a fantastic piece of entertainment and a little bit of absurdity is what makes it interesting.

Everything has got bigger and better, the stage feature large high definition video backdrops, awe aspiring pyrotechnics and a vast array of lights and smoke, the costumes have become more lavish, more detailed and the story has become more of a fantasy and even more fun and family friendly.

The talented dancers are what really make this show extra special, leading the fantastic troupe is James Keegan who plays the Lord of the Dance alongside the Dark Lord played by Zoltan Papp, who were both fantastic rivals and both performed fantastic numbers, alongside Caroline Gray and Andrea Kren as Saoirse and Morrighan.

The scale of this cast's skill shows no bounds and I watched on in pure awe and amazement.

It's not just a dance show, this caters on even more levels with vocalist; Sophie Evans and on Fiddles; Nicole Lonergan and Giada Costenaro Cunningham made sure the whole audience was enjoying every moment and Jess Judge as the Little Spirit was marvellous to watch as she performed acrobatical stunts which would not be out of place on a large circus production.

It's top notch entertainment and I would expect nothing less from Mr Flatley and his troupe, yes, it's not Shakespeare but it aims to please and the Manchester audience including myself; enjoyed every minute.

Verdict: Lord of the Dance for the 21st Century!