At the age of seventy eight, Dame Janet Suzman has taken on one of the biggest challenges of her distinguished theatrical career performing this epic solo play written by Martin Sherman, the acclaimed writer of Bent.  As Rose, a feisty eighty year old Jewish woman living in Miami Beach, Florida, Suzman, recounts with passion, pathos and great wit, the gripping story of one woman’s astonishing journey through some of the most harrowing and tumultuous events of the Twentieth Century.

The audience is introduced to Rose sitting on a wooden bench observing the Jewish tradition of Shiva; it is only at the end of the play that the identity of who she is mourning for is revealed. The theme of mourning hangs heavily over the play as in telling Rosa’s story Sherman also appears to be grieving for a once strong Jewish culture that has all but disappeared. 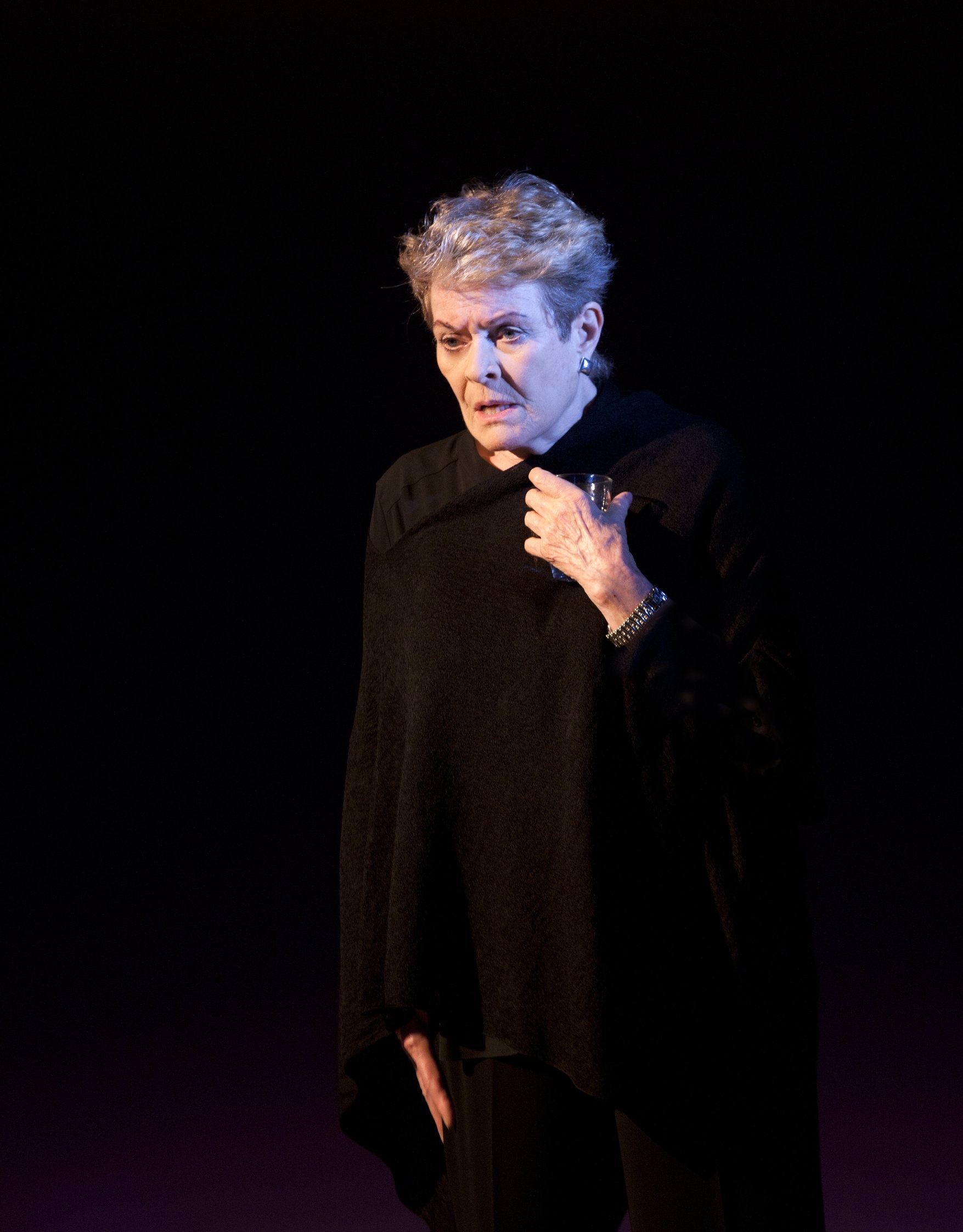 Rose begins her life as the middle of three siblings living in a small village in Ukraine, fleeing Eastern Europe and the ghettos of Nazi occupied Warsaw, journeying briefly to Palestine before finally arriving in America to start a new life with a hastily acquired husband. Throughout her action packed life Rose is haunted by the tragic loss of those she has loved including her father, young daughter and first husband. The weight of history lives heavily on the play and Sherman is occasionally guilty of trying to cram in too much rhetoric and social comment into Rose’s otherwise captivating and enthralling narrative.

Alone on stage for over two and half hours, Suzman is simply stunning; her bravo performance is a real tour de force. As Rose she imbues the character with dignity, resolve and a steadfast determination to survive against the odds. We know that Suzman is a consummate actress but this performance ranks alongside the best that this reviewer has seen in over thirty years of theatre going.

Crucial to the success of this production are Richard Beecham’s restrained and taught direction and Chris Davey’s tremendous lighting, which with an innovative use of back projection provides a subtle backdrop of changing colours and torn strips, which ripple and pulsate to suit every mood.

When the play was first performed in 1999, Rose’s plight as a refugee provided a prism from which to evaluate the key events of the last Century. In 2017, Rose’s story takes on more urgent contemporary resonances, the show publicity describes it as being, ‘errie in its timeliness.’ This production triumphantly succeeds in giving a voice to not only the millions of displaced and persecuted people from the last Century but also those sadly caught up in the current refugee crisis engulfing Europe.

For many reasons, notably Suzman’s outstanding performance this is a definite must see production.