This is not my first Dirty Dancing experience – I was lucky enough to be at the West End Premiere many years ago and I can honestly say, it hasn’t lost its charm (I actually believe it’s better than the original West End production) and is a wonderful tribute to the fantastic film we all know and love.

Dirty Dancing – says it all really... The main part of tonight’s performance was the amazing choreography which blew me away. Gillian Bruce must be commended as the stage was filled with classic waltzes, mambos, cha cha cha’s and many more all performed with precision and poise. “Johnny’s Mambo – just WOW! The talent on the stage really was quite something. 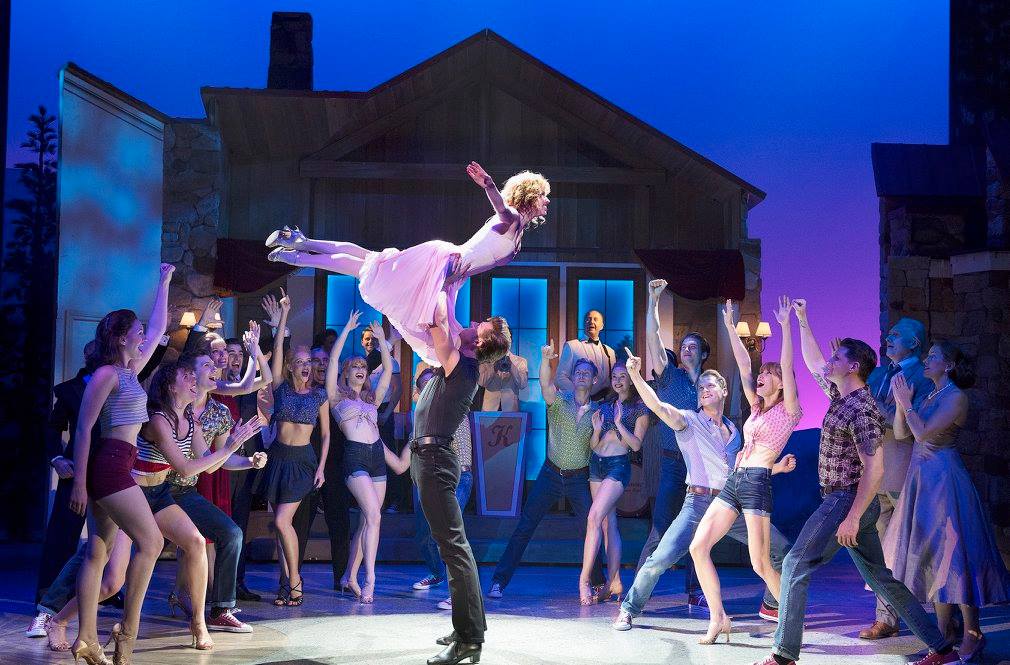 Which takes me perfectly to our leading man, Mr Johnny Castle, played excellently by Lewis Griffiths... Griffiths’ acted extremely well in this character and his charm and appearance only enhanced his performance (you might say it was a little warm in the theatre in some places and I missed my stage door chance...) However, it was his phenomenal dancing that really shone – no-one can ever and will ever replace Swayze but Lewis is a very close contender (and for me personally, better than the guy I saw in the West End originally). Long may it continue for him.

Griffiths was admirably matched by Katie Eccles whose portrayal of Frances ‘Baby’ Houseman was great. You believed she was just innocent enough to fall for a bad boy but strong enough to fight for him too. Anyone in theatre knows you have to be good at what you do, to be bad at it too and her ‘rehearsal’ scenes did make you wonder if she’d ever succeed, however she did and their final dance was superb with the ‘lift’ very well executed in a small amount of space.

Johnny’s ‘other woman’, Penny Johnson was played brilliantly by Carlie Milner - with her strong exterior leading you to believe that she didn’t really care about anything but actually she was falling apart inside.  The softer side showed Milner’s abilities off perfectly.  And what do you say about this young lady’s dancing – one word ‘magnificent’

The show is quite different in some ways, as there isn’t a lot of singing, classing it more of a play with music, I suppose however the singing that was there, was fantastic. Several vocals were provided by Sophia Mackay as ‘Elizabeth’ (one of the Kellerman members of staff) and Michael Kent as ‘Billy Kostecki’ (Johnny’s cousin) and both sang with power and drive but I believe that Kent’s finest hour was his performance of ‘In the still of the night’ from the second act – his vocals were sublime.

There were no weak links on the stage this evening, and everyone played their part in a great nights’ entertainment, however I do feel that there were certain scenes (the smaller ones) that seem to speed by – they seemed rushed to me and perhaps this was due to the speed of the set changes. They were very fast – slick but fast.  Or maybe to the fact, they were time restricted with the score but it’s something worth looking at.

Moving onto the set – it was brilliant. I was particularly impressed it the innovative cloth & projection used for the ‘rehearsal’ scenes in the lake and on the log and for the car ride.  Very cleverly done...  But one point to pick up on – please can you think about the theatre you are in and where the seats are positioned (we missed all of the action on stage right / audience left as we couldn’t see round the flat and we were middle of a row so the end of the row had no chance at all)

Costumes were spot on – very bright and very 60’s...  Beautiful dresses and day clothes in vibrant colours.  Wigs and make-up also did well.

The band was on stage and used within the show as Kellerman’s Band with Jo Sevi playing the piano as character Tito Suarez and it worked very well.

Finally, the direction was good except for the stage right issue mentioned earlier and I believe the tour will do well.

I believe this tour is doing the rounds (Leeds next) until September and would most definitely recommend you go.  Don’t miss it – I certainly had ‘the time of my life’