On stage appeared a princess, albeit with a broom, who looked out over the audience and said “Hello there. I’m in my princess costume.”  And the youngsters, especially those in their similar, fancy dress, were hooked.

What a great introduction to ballet - to explain the story of Cinderella in simple language that everyone from aged three upwards could understand.  A narrator who explains the characters as they appear, tells us why and what they are doing as the story unfolds, without ever detracting from the movement and dance performed by the young and talented cast.

It begins with Cinderella with her dad, laying ﬂowers on her mum’s grave and then we’re all transported to the day her life changes when the wicked stepmother and her two daughters arrive and days of drudgery and torment begin. 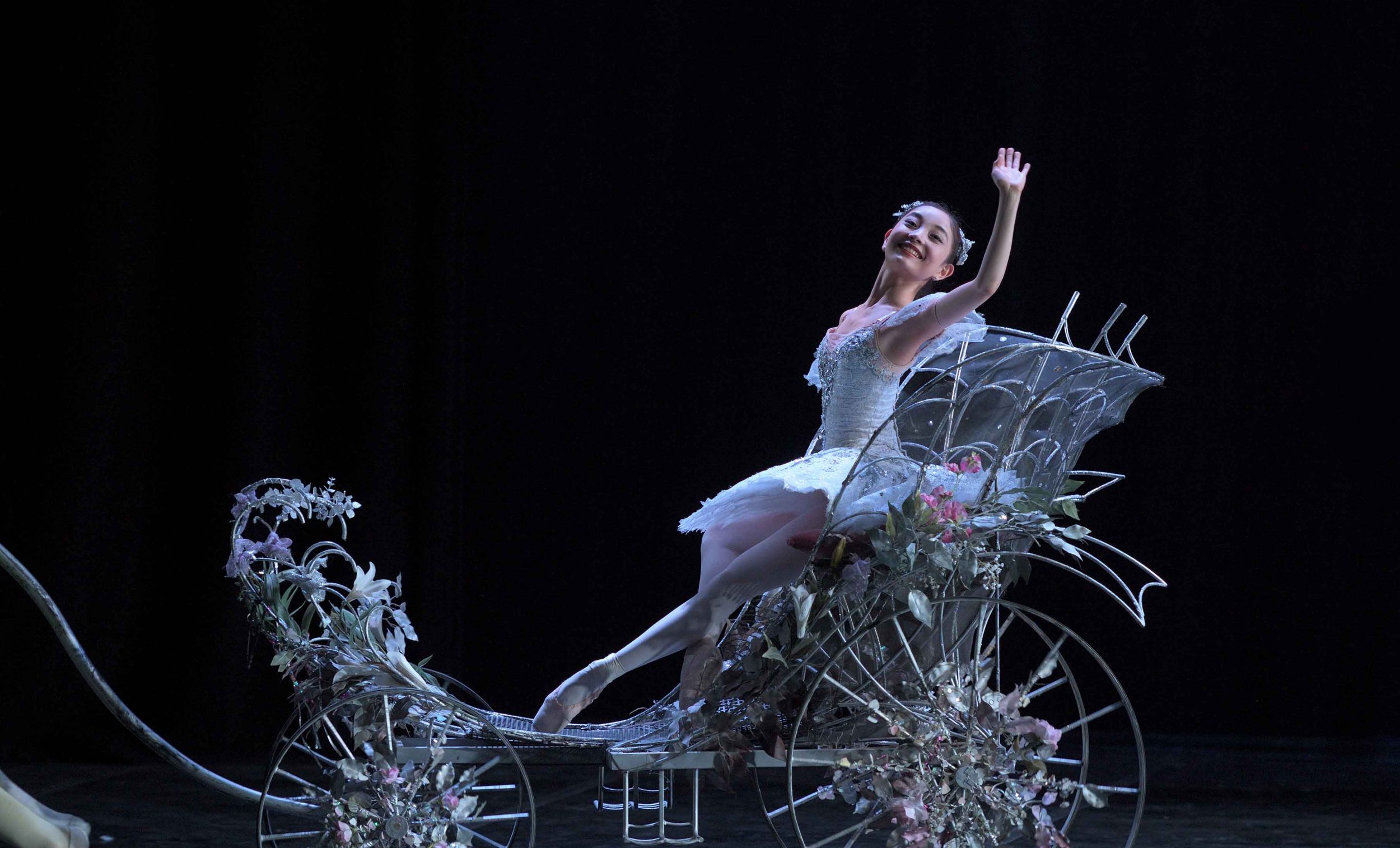 Characterisation given to the stepsisters show them being naughty, bullying, up to all sorts of tricks and is a clever interpretation that the young audience can identify with, rather than the ugly, cartoon-like characters often portrayed in the full-length ballet. Their dislike of their new sister, and also the sibling rivalry between them, is perpetuated by their mother (a little young-looking for mother of grown-up girls) who is determined to have her step-daughters do all the horrid jobs.

Cinderella, by contrast, exudes a wistful persona from the moment she is banished to her sweeping, cleaning and serving roles, moving gracefully both on and off pointe and her kindness to the old beggar woman is a delight to watch.

Of course, the beggar woman transform into the beautiful Fairy Godmother, takes her away to the Land of Seasons, where the Spring, Summer, Autumn and Winter Fairies help dress Cinderella in beautiful clothes, jewels and the obligatory sparking slipper, before a magniﬁcent carriage transport her to the ball. Happy and contented sighs from the audience as the curtain falls on Act 1.

The ball opens with a most engaging Jester, who reassures the Prince, played with just the right of amount of haughtiness, that it’s all going to be ﬁne and there’ll be lots of beautiful ladies from whom he can choose a wife. But it’s all to no avail until Cinderella appears with both smitten and showing their emotions beautifully in their pas de deux.

George Williamson’s choreography throughout was inventive, and well-suited to the dancers, but his interpretation of the clock as midnight approaches deﬁnitely strikes the most creative note.

Then the hunt is on for who ﬁts the lost slipper, a beautiful pointe shoe complete with sparkles on the toes (parents take note…. no more plain ballet shoes from now on for your budding ballerinas).

Of course, the handsome prince ﬁnd his princess and as the narrator says and we all know, they lived happily ever after! Utterly charming from beginning to end.