It seems a very poignant time, with it being just over one hundred years since the start of the First World War, that the Oldham Coliseum Theatre company bring us Joan Littlewood’s satirical musical Oh What a Lovely War.

In the beautiful and intimate, surroundings of the Coliseum Theatre we arrive at the end of a pier and on to this stage walks the cast in Pierrot costumes. Lead by the very amiable Anthony Hunt, who acted as a Master of Ceremonies throughout the evening, the superb cast of actor-musicians took us back to the tragic events of 1914-1918. Every member of the company: Isobel Bates, Matt Connor, Jeffery Harmer, Richard J Fletcher, Barbara Hockaday, Thom Petty, Lauryn Redding, Reece Richardson and David Westbrook; gave heart and soul to this production. There were some exceptional vocal harmonies, performed in trios and quartets as well as whole cast renditions of songs from the period, arranged by Musical Director Howard Gray. 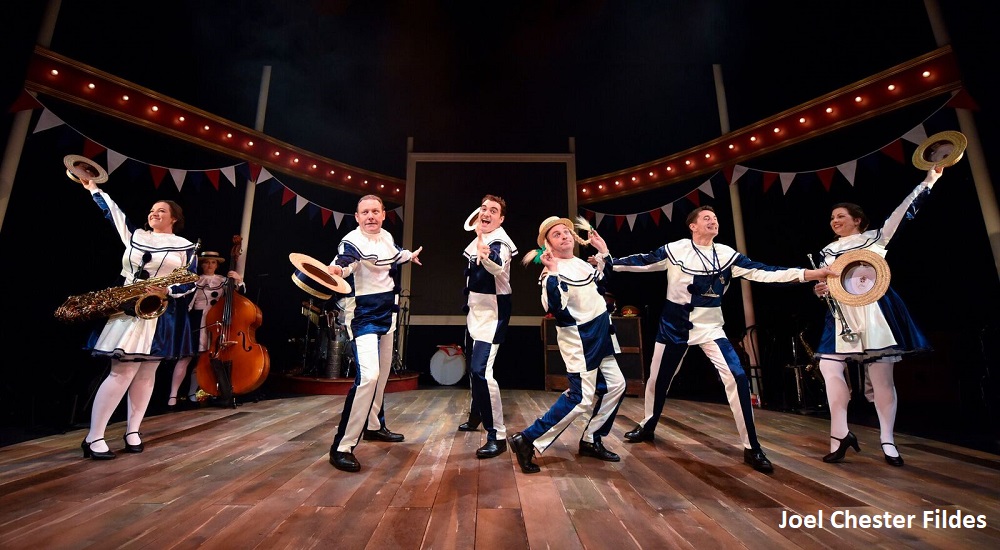 In addition, the cast also played superbly, adding the right musical tone to the scenes, including some very amusing live sound effects. The fact that it is was live gave an energy that is unique to the theatre and very in-keeping with the period and to the original 1963 production.

The whole production team worked in perfect synergy from the flawless direction of Kevin Shaw, the wonderful choreography of Beverley Norris-Edmunds, the great sound design of Lorna Munden, to the excellent lighting design of Jason Taylor; each enabled the players, in this very moving and funny musical play, to shine. The added visual projections of historical photographs and statistics were deeply impactful; names like the Somme and Passchendaele have become etched in our national memory, as well as many memorials and monuments across the world.

This was a production, due to the very nature of its subject matter, that had great moments of light and shade - this being reflected in the black and white clown costumes. There were dark times: the realisation of the horrendous loss of life on all sides, as well as the profiteering of those who were playing ‘The Game of War’ for their own personal gain. However, this was perfectly balanced against the jovial entertainment mode of the performances, bringing us a much needed light relief. We were never allowed to wallow in the horror of these events but we were left informed and entertained. There was even audience participation, be ready to get your tongue in a twist!

Overall, this is a really great production, with a fantastic cast and production team. I highly recommend you go and see it. It runs until the end of September. Oh, What a Lovely Show!